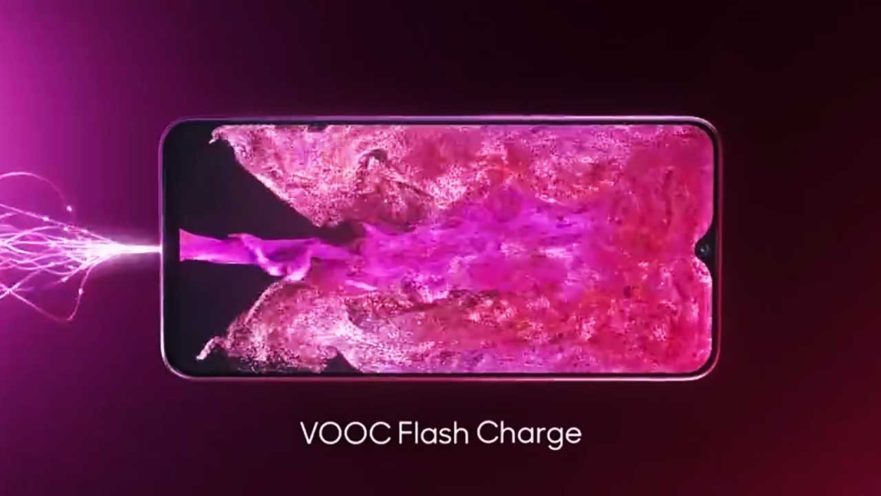 We know that OPPO is scheduled to launch the OPPO F9 in the Philippines on August 15. The teasers are out, and we already have a firm grasp of what to expect — in the design department at least — from the Chinese smartphone company.

However, we have remained largely in the dark as to what the F9 will include internally. That is, until recently. Multiple sources have come out claiming that specs-wise, the F9 will have more in common with the OPPO F7 than many of us would like to see.

The latest report says the OPPO F9 features a 6.3-inch, full-HD screen and will be powered by the same MediaTek Helio P60 processor in the F7, plus up to 6GB of RAM and 64GB of expandable memory. 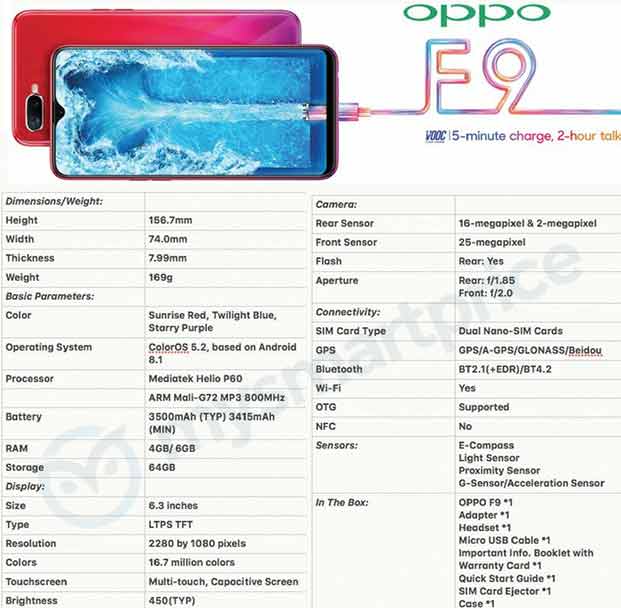 The smaller notch at the top of the panel will supposedly get a 25-megapixel camera with f/2.0 aperture lens for selfies. The F7 has 25 megapixels and an f/2.0 lens, too.

As previously reported, the F9 will introduce OPPO’s Essential Phone-esque “waterdrop screen,” with extra-narrow bezels that allow for a high screen-to-body ratio of almost 91 percent. The display will be of the LTPS LCD variety, which is the same technology used in older Apple iPhone models.

The back of the smartphone, meanwhile, sees a dual-lens setup — 16 megapixels and f/1.85 on the main camera and 2 megapixels to help the camera isolate the subject against a blurred background.

ColorOS 5.2 based on Android 8.1 Oreo will be the software that runs the show, making the F9 the first device to ship with this version of OPPO’s custom Android skin out of the box.

The battery is said to be 3,500mAh, or slightly more than what the 3,400mAh power cell inside the F7 offers, and should charge over a microUSB connection. The company has already revealed that the OPPO F9 will include proprietary VOOC fast charging, which we haven’t seen on an F-series device since the F3 Plus.

Of course, OPPO hasn’t disclosed pricing and availability for the F9, but it will go on sale in Sunrise Red and Twilight Blue color options when it hits local stores. Hopefully, the Starry Purple will arrive in the Philippines, too.