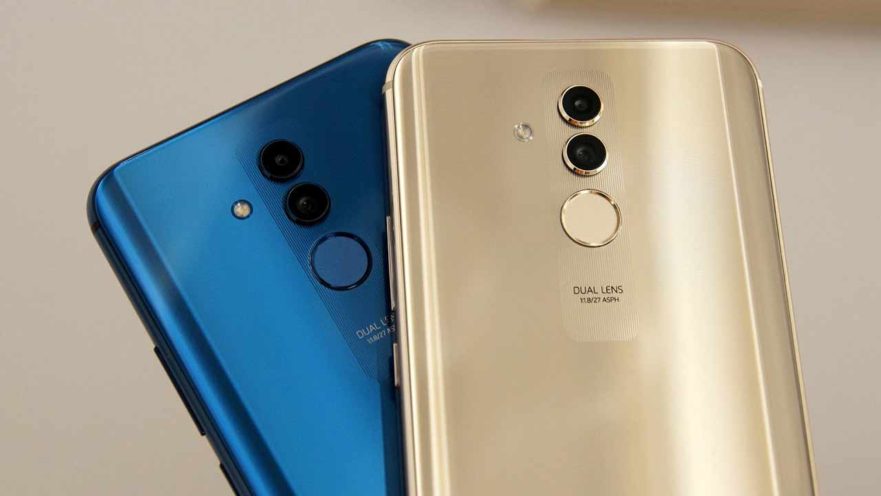 Although Huawei unveiled the new HiSilicon Kirin 980 processor that will drive it, the Huawei Mate 20 was a no-show at IFA 2018 and will instead be launched on October 16. However, its watered-down version did make an appearance at the tech convention, and it’s packing some neat features to go along with gorgeous, glass-clad hardware.

Say hello (or hallo?) to the Huawei Mate 20 Lite. Looking at the phone’s exterior, it’s evident that the OEM drew inspiration from the super-premium Mate RS in order to come up with something that looks much more sophisticated than your average midrange offering.

Huawei has priced the Mate 20 Lite at £379 (roughly P26,264 or $491) SIM-free, and will be hitting stores in Europe from September 5. It will be available in three colors — black, blue, and gold. We haven’t heard anything regarding its availability in the Philippines. However, it will probably be more affordable, as smartphone prices in Europe tend to be higher than they are locally.

It’s time to achieve more with higher performance.
With 4 x AI powered cameras, a 6.3” Fullview display & a stylish finish, the #HuaweiMate20lite is the smartphone which will help you own tomorrow.
Find out more: https://t.co/40exwPFxtZ pic.twitter.com/st9wTPpSaH

The Huawei Mate 20 Lite is official

The cameras around the back, which is topped by a sheet of curved glass, are stacked vertically, just above the fingerprint reader. The main sensor is 20 megapixels, while the secondary one is 2 megapixels and acts as a depth sensor for bokeh shots.

The cameras on the front include 24- and 2-megapixel sensors and can do pixel binning, which groups multiple pixels into a larger pixel for brighter shots in low light. So, in total, there are four cameras, like on the Huawei Nova 3i and Nova 3 smartphones.

READ ALSO: Huawei gives you more reasons to get the P20, P20 Pro

As with the setup on the back, the front-facing dual arrangement has artificial-intelligence or AI features and can take portrait-style images with shallow depth of field. HRD support and 3D Qmoji, Huawei’s take on Apple’s Animoji, are on board as well; they can be found in the camera-settings menu.

The Huawei Mate 20 Lite has a notch up top, like most modern phones. But thankfully, there is a setting to hide the notch through software if you don’t like it.

The processor is the same Kirin 710 chip with a dedicated neural-processing unit or NPU seen in the Nova 3i. Huawei has paired it with 4GB RAM and 64GB of expandable storage. The Mate 20 Lite packs a 3,750mAh battery that supports 18-watt Quick Charge technology. It also boasts an intelligent power management that stretches the battery life to 17 hours of video playback on a charge, per the company’s testing.

For gamers, GPU Turbo is available to the phone for smoother gameplay and lower power consumption when playing PUBG Mobile, Mobile Legends, and Asphalt 9.