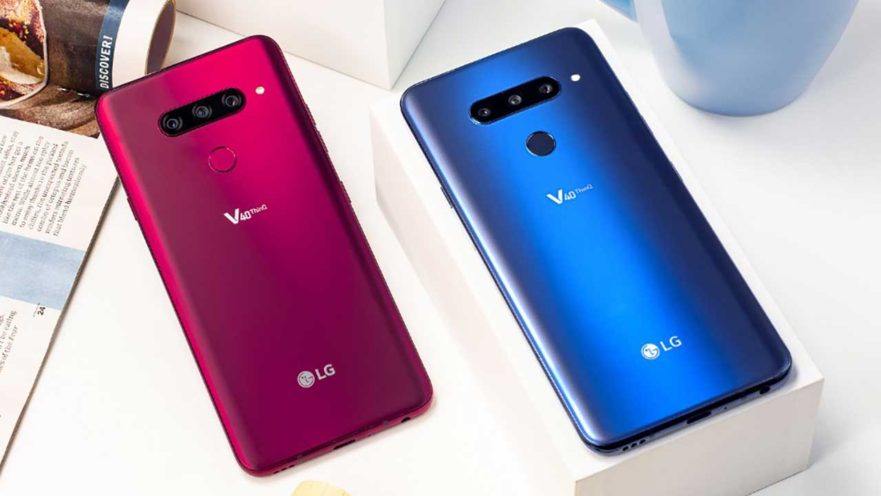 Why have two, three, or four cameras on your smartphone when you can have five? Why choose either a super-wide-angle lens or a telephoto one when you can get both? LG is throwing everything but the kitchen sink at content creators with the newly launched LG V40 ThinQ.

At the heart of the device is a triple-camera system on the back composed of the following:

Another interesting part? The LG V40 ThinQ allows you to take three pictures — standard, super-wide-angle, and telephoto zoom — with just one click. It’s what the company calls “triple shot.” The feature stitches together the photos captured with each of the three lenses into a short video file for easy sharing. 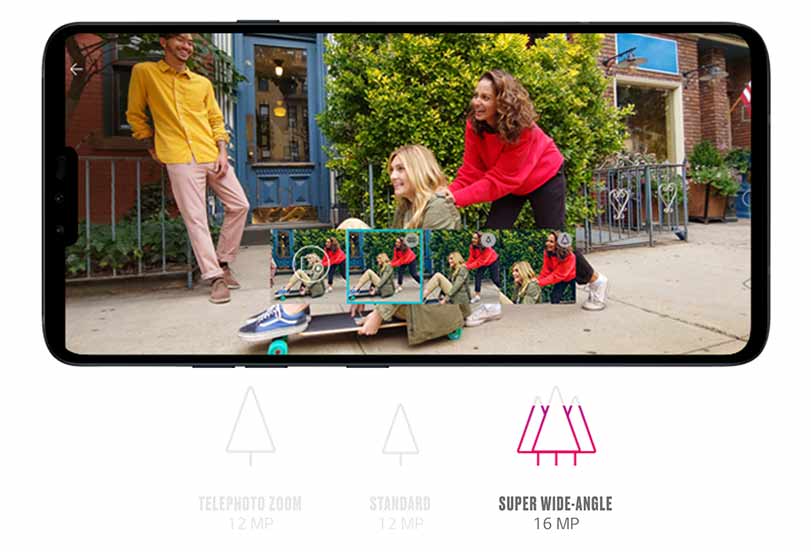 The LG V40 ThinQ allows you to take three pictures — standard, super-wide-angle, and telephoto zoom — with just one click. Notice that the phone, unlike its predecessor, has a notch.

And as with many cameras on phones these days, the camera system is powered by artificial intelligence or AI. Meaning it can automatically adjust settings like shutter speed and saturation.

The front camera module, on the other hand, has two sensors. A 5-megapixel wide-angle lens is paired with an 8-megapixel standard one for shots with bokeh effect. You can tweak the amount of background blur through an on-screen slider.

With the launch of this new V series model comes a notched OLED screen that’s even bigger at 6.4 inches. It retains what is now LG’s signature 32-bit Hi-Fi Quad DAC. There’s also that BoomBox speaker that the South Korean company introduced on the G7 ThinQ for the amplification of bass.

The LG V40 ThinQ is powered by a Qualcomm Snapdragon 845 processor mated to either 64GB or 128GB of internal storage. It has a slot that supports up to 2TB memory card in case you need more space for your files. The battery is rated at 3,300mAh, and the user interface is based on Android 8.1 Oreo, which will hopefully be upgraded to Android 9.0 Pie.

The premium phone comes with an equally premium price tag. Available in the U.S. starting October 18, the cheapest LG V40 ThinQ costs $900 or roughly P48,893. You’ll get a better deal if you order it early, as the preorder bundle includes a DJI Osmo Mobile 2 gimbal and a SanDisk 256GB microSD card.

No word yet on when the LG V40 ThinQ will arrive in the Philippines and other Southeast Asian countries, but we’ll keep our eyes peeled for news about it.