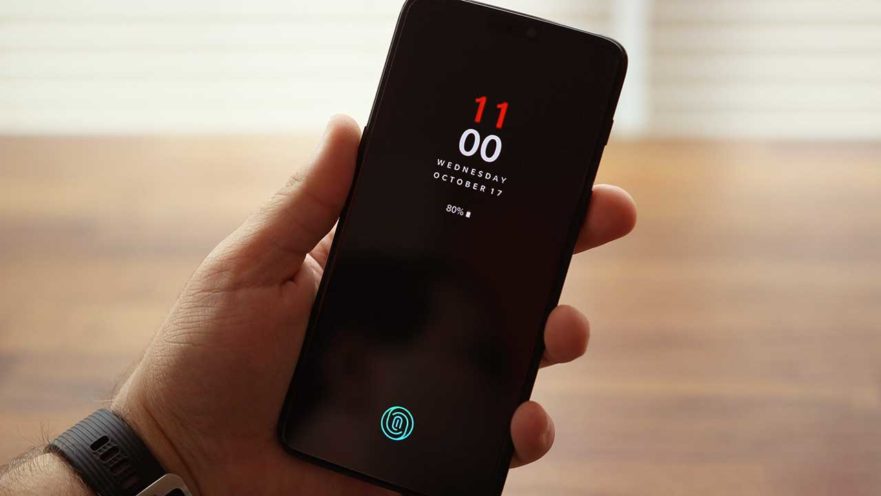 The OnePlus 6T has been officially unveiled at the OnePlus event in New York City. The ticketed event formally pulled the curtains back on the OnePlus 6 successor.

OnePlus is also making the phone available through a U.S. carrier for the first time. T-Mobile will offer the OnePlus 6T from November 1 as part of an exclusive arrangement. For a limited time, it will even slash $300 off the phone’s final price if you trade in qualifying hardware.

The agreement is a landmark win for OnePlus, which shares the same parent company as OPPO and Vivo. With one foot in the door, it looks set for success in the lucrative U.S. market, where rivals Huawei and Xiaomi have been largely shut out.

The OnePlus 6T will be available through U.S. carrier T-Mobile. The agreement is a landmark win for OnePlus, which shares the same parent company as OPPO and Vivo. With one foot in the door, it looks set for success in the lucrative U.S. market, where Huawei and Xiaomi have been largely shut out.

The OnePlus 6T’s price and launch details in the Philippines are not yet out, but they should be announced sooner rather than later by OnePlus local distributor Digital Walker. The OnePlus 6 with 8GB RAM is priced at P33,990 ($634) in the country.

The OnePlus 6T follows the design footsteps of the phone it replaces, only this time you get a fingerprint sensor embedded beneath the display glass with a barely-there notch up top. The bigger 1080p OLED measures 6.41 inches from corner to corner, with a cut out of it to incorporate the 16-megapixel selfie camera.

While around the back, there’s a dual-lens camera system sporting 16- and 20-megapixel sensors. It’s the same arrangement OnePlus went with last year, with the extra 20-megapixel camera existing only for background-blurring purposes.

The biggest addition to the system is called Nightscape Mode, which works like the dedicated low-light modes we’ve seen in other flagships like the Huawei Mate 20 Pro. It takes a series of pictures at different exposures over the course of a few seconds and then stitches them together in a sharper photo with superior dynamic range.

The internal components of the OnePlus 6T will sound familiar — Qualcomm Snapdragon 845 on top of things, and this time, it runs Android 9.0 Pie out of the box. The operating system also uses what OnePlus refers to as the Smart Boost feature, which is designed to figure out which games you play the most and will load some files directly into the memory for faster processing and smoother gaming.

Finally, there’s the battery. It’s now 3,700mAh, up from the 3,300mAh batteries inside previous OnePlus handsets. Fast wired charging via Dash Charge is available also. A bigger cell would have been a nice addition. But if the one inside the OnePlus 6T manages to routinely get users past the first day, then it won’t really matter, right?