Another handset has been added to the growing list of gaming phones as the Xiaomi Black Shark Helo becomes official and is put up for preorder in China.

This is the second offering from Xiaomi-backed company Nanchang Black Shark Technology Co., Ltd., which was established in August 2017 to focus on gaming devices. It’s something we didn’t expect, considering its predecessor came out only in April this year.

So how is the Black Shark Helo different from the straightforwardly named Black Shark? The main difference lies in the screen department. While the first model uses an LCD display, the Helo gets an AMOLED one. This should theoretically translate into deeper blacks and longer battery life. However, take note that its refresh rate is still at 60Hz, unlike the ASUS ROG Phone‘s 90Hz and the Razer Phone 2‘s 120Hz. A higher number means a smoother experience.

The fingerprint sensor, which used to be front-mounted, is now on the back, below the flash and 12- and 20-megapixel cameras. And the overall design? It screams gaming, what with the RGB-illuminated logo and the light strips on the side. Thank goodness it’s distinguishable from the original, something that Razer has failed to give us with their second gaming phone. 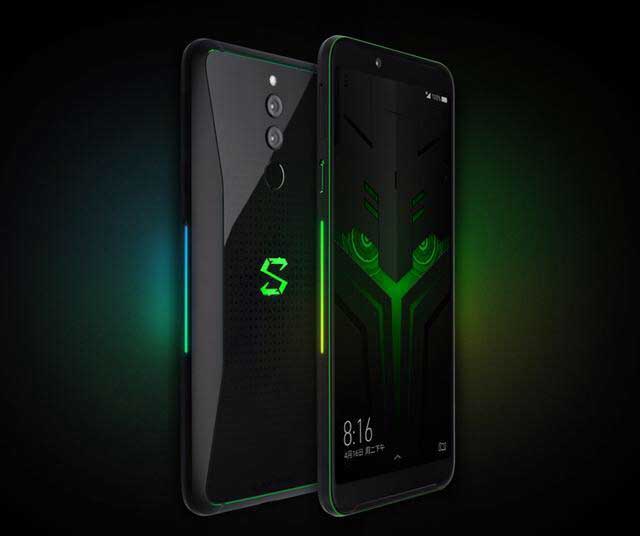 The Xiaomi Black Shark Helo still uses a mobile video chip manufactured by Pixelworks to help enhance picture quality. This time, though, it can upscale SDR content to HDR in real time, much like the just-launched Nokia 7.1.

There’s a new Gamer Studio app that lets you modify game parameters, such as processor and touch. Your preferred settings for each game can be shared through the Shark Code feature.

Additionally, the smartphone features a vapor-chamber design to keep the processor running at optimal levels at elevated temperatures. There’s even an optional cooling case that adds more fans to the back of the Black Shark Helo.

One of the three Xiaomi Black Shark Helo variants has a whopping 10GB of RAM, more than the ones on our PC and our laptop.

And if you ever want more RAM than you can handle, one of the three available memory configurations has a whopping 10GB of RAM, more than the ones on our PC and our laptop. You can see the prices of all three variants below:

Editor-in-chief: Alora Uy Guerrero has 17 years of experience as an editor for print and digital publications such as Yahoo. She took time off journalism to manage OPPO’s digital-marketing campaigns. When not busy with her babies, she’s working on Revü, a passion project — or probably traveling or obsessing over her favorite bands, movies, TV shows, and basketball teams.