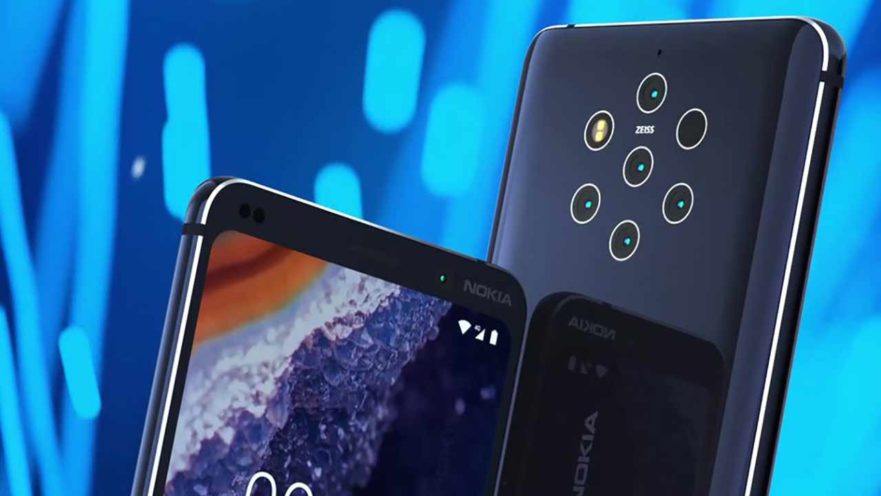 “Is that an LG G6 slapped with a five-camera setup on the back?” a comment reads. It sure looks like it to a little extent, based on what’s supposed to be a new press render of the Nokia 9 PureView.

The image, shared by serial leaker Evan Blass, shows that the upper part of the Nokia smartphone’s front panel has a resemblance to last year’s LG flagship device. There’s no notch; the aspect ratio is possibly 18:9; and the bezels aren’t as thin as those of the current crop of premium handsets.

But it also reveals that for the first time, Nokia could be adopting an in-display fingerprint sensor technology. The feature isn’t as fast as good ‘ physical fingerprint reader or face unlock, so we reckon you’ll be able to unlock the mobile through the latter, too.

There’s “Android One” plastered on the rear of the Nokia 9 PureView. If the image is indeed the real deal then we’re not surprised, considering that Nokia phones these days are running stock Android.

SEE ALSO: Prepare yourself for an LG phone with 16 rear cameras

Of course, the highlight here is the circular penta-camera setup, though until now, we’re not sure what the lenses are for. The “Zeiss” branding is prominent. That plus “PureView” — which HMD Global has recently acquired from Microsoft — put together? You can see where the Finnish company is steering the brand into. Yes, let’s bring back the 808 PureView and Lumia 1020 days, please.

Unfortunately, rumors say the Nokia 9 PureView will be powered by a Qualcomm Snapdragon 845 chipset, not the new 855. Well, let’s see. The smartphone is pegged to launch end-January 2019, so we’ll know the answer sooner rather than later.