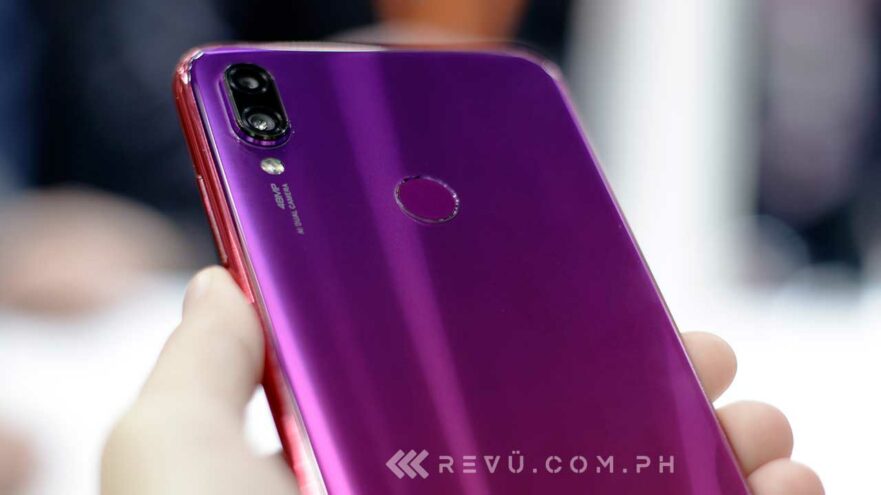 Finally. Following weeks of leaks and rumors, Xiaomi sub-brand Redmi has unveiled the more specced-up version of the Redmi Note 7.

Launched as the Redmi Note 7 Pro, the phone flaunts the same gradient design as the non-Pro model and a water-drop style notch that’s just big enough to fit the single front-facing camera. The Note 7 Pro also packs a 6.3-inch, 1080p LCD touchscreen with an aspect ratio of 19.5:9, like the regular Note 7. Both sport dual cameras at the back, albeit cramming different sensors in the module.

Notably, you get a 48-megapixel Sony IMX586 sensor — the same sensor in the Xiaomi Mi 9 — with f/1.8 optics, while the secondary camera is 5 megapixels. The primary camera uses pixel binning to capture 12-megapixel pictures with greater dynamic range and detail. It also supports 4K video recording for clean, tack-sharp footage. The front camera is pretty decent, too, clocking in at 13 megapixels.

On the inside, the Redmi Note 7 Pro sees an 11nm Qualcomm Snapdragon 675 running Android Pie-based MIUI 10, making it one of the first commercially available devices with the latest midrange processor inside. While we don’t know much about this particular chip, to be honest, some initial benchmarks suggest it performs similarly to a Snapdragon 710.

The RAM and storage configurations are competitive with the best choices in the category. The base variant has 4GB RAM and 64GB storage, while the top-shelf one comes with 6GB RAM and 128GB storage. As usual, the storage is expandable up to 256GB via a microSD card in a hybrid tray. Further, the Redmi Note 7 Pro has a headphone jack and a 4,000mAh battery that charges over USB-C and supports Quick Charge 4.0 for fast charging.

Redmi says the Note 7 Pro will be sold in India via online channels from March 6, with offline sales to follow.

According to Redmi general manager Lu Weibing, the phone will launch in its home market of China on March 18. No word yet on when it’s coming to countries like the Philippines.