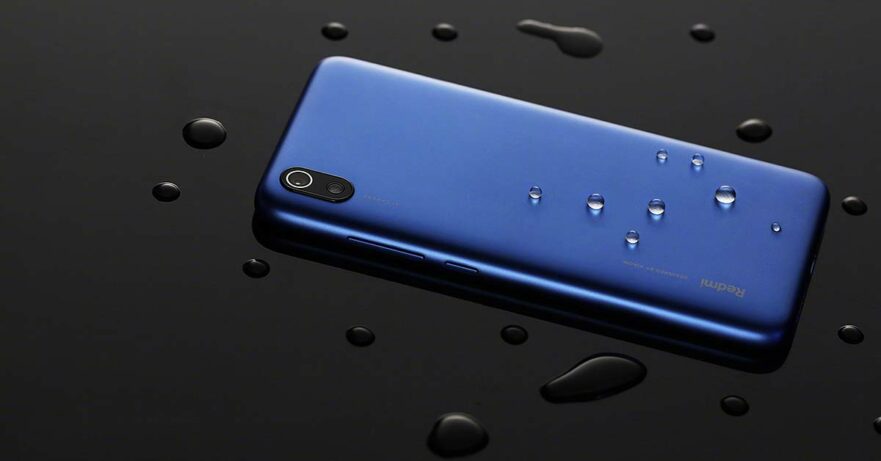 Xiaomi sub-brand Redmi is set to debut its first true flagship smartphone in the Redmi K20 May 28 in China. However, as it turns out, the K20 isn’t the only Redmi phone launching next week, as the company recently announced the Redmi 7A ahead of its scheduled unveiling.

Though pricing hasn’t been revealed, the Redmi 7A will likely be the company’s cheapest offering yet, which would definitely say a lot about its price point given Redmi’s reputation as a brand that disrupts the market and its traditional players. Xiaomi will announce the price of the Redmi 7A May 28th, alongside everything there is to know about the Redmi K20 and the rumored RedmiBook 14 laptop.

As for the specs, the Redmi 7A will arrive with an octa-core Qualcomm Snapdragon 439, which is said to deliver a 26-percent performance boost over the MediaTek Helio A22 with a quad-core spec that last year’s Redmi 6A had.

It also gets a 5.45-inch 720p display that should provide better touch response and blue-light filtering over its predecessor. Those thick bezels on the top and bottom of the handset make it look dated, though.

The plastic back of the phone, which has a black or blue paint job, has a P2i coating to repel water and oil-based liquids, and comes with splash resistance as well. The Redmi 7A doesn’t have a fingerprint reader, although face unlock is an option in lieu of typing in a password or PIN code.

The rear-facing camera is a single-lens shooter with a 13-megapixel sensor and some AI features baked in. The 5-megapixel front camera, on the other hand, offers an AI-assisted beauty mode, in addition to selfies with a blurry background.

Keeping the lights on is an embedded 4,000mAh battery, which is 33 percent bigger than the Redmi 6A’s battery pack. Additionally, Xiaomi will provide users with a 10-watt charger, as opposed to a slower 5-watt wall adapter that the previous-gen model shipped with.