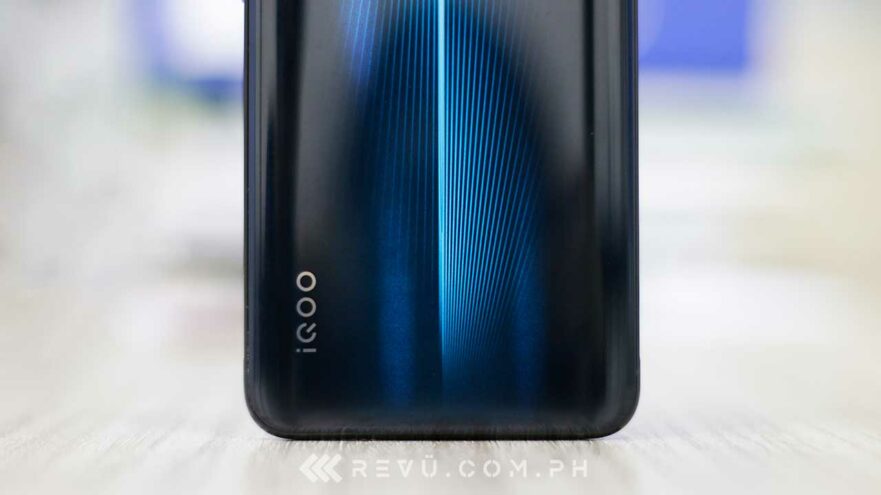 Vivo has many interesting devices in its arsenal — no wonder the Shenzhen-headquartered company is one of the top smartphone makers worldwide. Things have gotten even more interesting with the introduction of its sub-brand.

iQOO, short for “I Quest On and On” and is pronounced “eye-coo,” was announced in China in February. It then launched its first offering almost a month after.

Priced starting at ¥2,998 (around P22,699 or $435), the gaming handset is simply called iQOO as well, but there’s nothing basic about its internals. After all, it is powered by a Qualcomm Snapdragon 855, the chip that powers almost all of the current best-performing phones on Antutu. That chip is paired with up to a whopping 12GB of RAM and as much as 256GB of internal storage.

And while its design may not be as flashy as other gaming mobiles, the Vivo iQOO actually looks better in person, as we found out when we finally got our hands on the Electric Blue color variant.

At the center on the glass-covered-yet-not-slippery back is a fancy LED strip with 16.8 million color options. It lights up whenever you get a notification while gaming. On the Monster Edition — the one with the highest memory configuration — you get a faux carbon-fiber pattern with the words “Monster Inside” written in the middle. The design of that part is something that is supposedly inspired by sports cars.

The rear panel curves on the sides, making the Vivo iQOO easy to hold with one hand even though it’s bigger than your usual smartphone. It helps that the thickness has been kept to a minimum despite the big, 4,000mAh battery fitted into it. The feel is definitely that of a premium product, thanks to the metal body that gives the device the proper heft.

On the right side are power and volume keys sandwiched by pressure-sensitive buttons that you can map all kinds of in-game actions to for a better handheld game-control experience.

On the left side are the dual-SIM tray that accepts two nano-SIM cards and the AI key, which, when pressed, activates Jovi — Vivo’s own virtual assistant not unlike that of Apple’s Siri and Samsung’s Bixby.

Up top is a 3.5mm headphone jack — yes, there is one, surprisingly — while at the base of the Vivo iQOO is a speaker grille right next to a USB Type-C port that you can use to charge the battery from 0% to 100% in around 45 minutes. Both the upper and lower parts are accentuated by antenna bands.

The iQOO’s screen is large at 6.41 inches and is of the AMOLED variety. The colors it produces are punchy and bright, and you can still make out whatever is on the display even when under intense lighting. Thanks to the tiny, dewdrop-style notch, the screen-to-body ratio is high at 91.7%.

Don’t like the cutout that houses the 12-megapixel selfie camera? You can hide it by changing the settings, no problem.

What we can’t see is the device’s vapor cooling system, which keeps the thermals under check and minimizes throttling while playing graphically intensive games.

The Game Cube dedicated gaming mode that we showed you in our review of the Vivo V15 Pro is here. As we explained before, Game Cube prioritizes resources during gameplay and offers a bunch of settings that can mute notifications, block incoming calls, and enable picture-in-picture, so you can still chat with your friends without dipping in and out of games.

Too bad we weren’t able to record any gameplay, but suffice it to say that a Snapdragon 855-enabled handset shouldn’t give you any performance-related headaches. Hopefully, we get to spend more time with the iQOO, so we can give you a full gaming review of the Vivo sub-brand’s initial offering.

Rounding out the iQOO’s features are a triple-rear-camera setup that consists of main, super-wide-angle, and depth sensors; an under-display fingerprint reader; and Android 9.0 Pie layered with Vivo’s own Funtouch user interface.

In China, these four variants are being sold at prices that won’t break the bank:

This puts the device right in the category of the Xiaomi Mi 9, which is available starting at P22,990 ($440) locally. The question now is, will the Vivo iQOO gaming phone ever be released in the Philippines? The chances may be slim at this time, but it won’t hurt to cross your fingers.