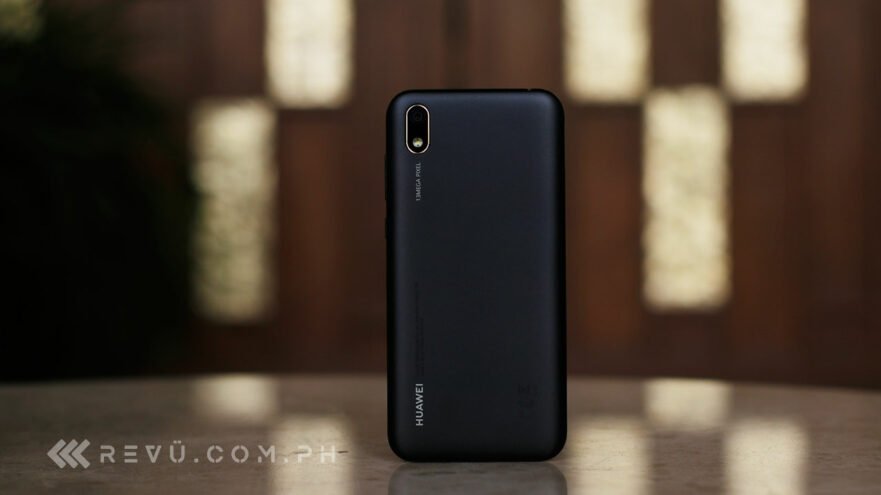 The Huawei Y5 2019, the company’s latest entry-level smartphone, quietly launched this week, and is now on sale in the Philippines through Shopee. And in case you’re wondering, yes, it does come with the Play Store and some core Google apps preinstalled.

You can pick it up for a price of P5,990 (around $116 converted) online, with Midnight Black, Sapphire Blue, and Amber Brown with a faux-leather back as your color options. If you’re in the market for a budget-friendly phone with modern looks, a decent feature set including 4G LTE connectivity, and the latest Android software, read our review below before you click the “buy” button.

On the outside, our Huawei Y5 2019 sports an all-plastic casing, while the Amber Brown variant gets a nice leather-like textured finish on the back that gives the phone a bit more flourish. The brown option looks decidedly better than the competition; unfortunately, our unit in black does not.

Another thing that stands out, design-wise, is the elegant gold trim on the rear-camera lens cover. It looks especially good against the black sheet of plastic of our handset. The backing doesn’t show smudges as easily, but you might still want to use a case (which you’ll need to buy separately) to keep the device looking new as the day you got it.

Moving to the front of the Y5 2019, there’s a 5.71-inch touch display with a waterdrop-style notch and bezels that will otherwise look chunky on higher-priced phones. The bottom bezel, in particular, sticks out and displays the company branding in metallic silver. There is a standard notification LED at the top-right corner above the screen.

The right-hand side has all the buttons — the power key and two-way volume rocker. They feel solid and tactile enough, giving decent feedback when pressed. The left is where the triple-card tray is housed; it lets you use two nano SIMs and one microSD for memory expansion at the same time.

The bottom-firing single speaker sits to the right of the microUSB charging port; at full volume, it can get surprisingly loud. The Y5 2019 also has a headphone jack at the top, a welcome inclusion in any budget device.

Overall, the build quality is solid with minimal flex and no obvious creaks from the plastics. None of the buttons feel loose. And the handset feels light in the hand — only 146 grams with the battery included — while the compact size of the hardware and gentle curves on the rear go a long way in making it comfortable to hold for extended periods.

A 5.71-inch LCD touch display fronts the Huawei Y5 2019. It runs at 1,520 x 720 pixels, at an aspect ratio of 19:9, which is a bit taller than we’re used to seeing on budget handsets. It’s perfectly fine for the price. The picture is sharp enough given the screen size, and the color reproduction is pretty accurate as well, though we noticed a slight amount of color shift at extreme angles.

By default, the smartphone uses Android’s three-button navigation, but you can opt to use full-screen gestures to move around the Android 9.0 Pie-based interface. The advantage of gesture-based navigation is twofold: Not only do you benefit from having more screen real estate with the removal of software buttons, but you’re also able to get around the interface comfortably with one hand.

Importantly, there’s a software feature under the Display setting that lets you hide the notch by blacking out the entire top portion of the display. Hiding the notch makes the phone look symmetrical with its chin.

The Huawei Y5 2019 gets a single 13-megapixel rear-facing camera with f/1.8 aperture lens around back, and there’s a 5-megapixel, f/2.2 camera in the notch above the display. Both cameras are serviceable in daylight, when the sensors can take in much more light with each shot. The more light the sensors can absorb, the less grainy and noisy the images in general. 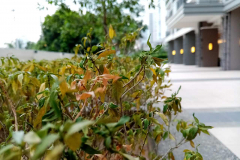 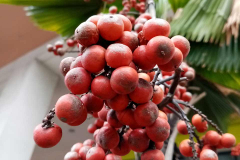 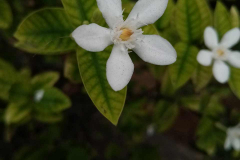 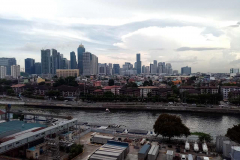 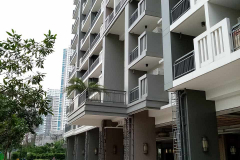 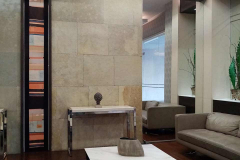 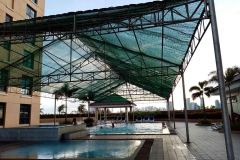 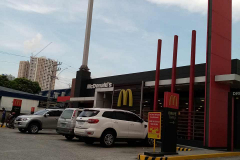 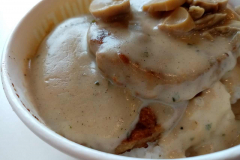 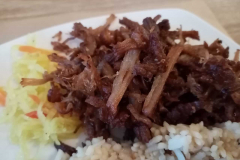 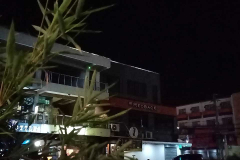 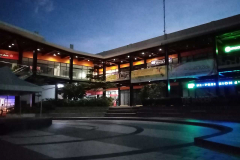 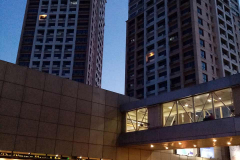 Pictures taken with the Huawei Y5 2019

Unlike pricier models, the Y5 2019 doesn’t have a night-shooting option, so try to shoot in bright natural light, or indoors where there is enough artificial lighting. It also doesn’t offer portrait-style effects, but closeup shots can have some decent bokeh in the background.

For advanced users, Huawei has included a Pro mode with manual controls for ISO, shutter speed, auto-focus, and exposure compensation, but the regular Photo mode should be good enough for most scenarios. Beauty mode is present for the front-facing camera, and you can manually adjust the beauty slider left or right until the effect suits your preference.

The Huawei Y5 2019 is powered by a quad-core MediaTek Helio A22 processor coupled with 2GB of RAM and 32GB of storage, which is a lot more than you can say for the many budget handsets on the market.

The generous base storage aside, the Y5 2019 also gets a 3,020mAh battery, which you can charge over microUSB with the bundled 10-watt charger. It takes less than two hours to charge from 0% to 100% capacity, which is standard these days for any modern phone.

Talking about battery life, we found that the Huawei Y5 2019 can easily get you through a full day, and maybe even longer. And given the specs, eking out two days of use isn’t out of the question.

Despite the modest specifications, its overall performance is satisfying, even when multitasking, and most apps tend to take only a second or two to open. It feels responsive as you navigate around the home screen and menus and between apps.

Gaming isn’t a selling point, obviously, but the four-core spec will still allow users to play games like Mobile Legends: Bang Bang at high settings without seeing too many performance dips.

The Huawei Y5 2019 is a solid base offering with updated looks and decent specs, and the upgraded storage ensures you won’t quickly run out of space to hold all your favorite apps. While it may not be a go-to choice for many people, its lower price tag makes up for any shortcomings.