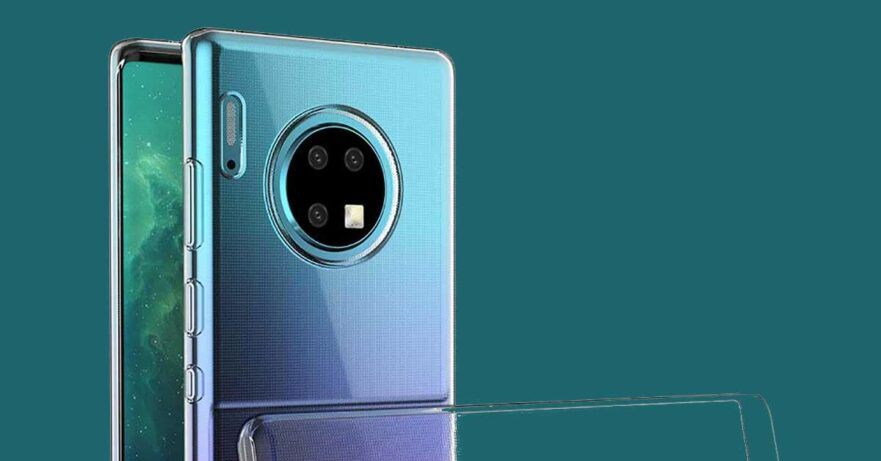 According to a report from a Russian news site, Huawei‘s next Mate series phones will be launched as early as next month.

At a Huawei Developer Conference 2019 media briefing for Android Q-based EMUI 10.0, Dr. Chenglu Wang, president of the software engineering department in the Consumer Business Group, said that the Huawei Mate 30 and Mate 30 Pro‘s launch is scheduled in Europe for September 19.

The executive also confirmed that the new smartphones will debut with the yet-to-be-announced Kirin 990. The chipset is said to be built on a 7nm+ process for better performance and battery life.

Other details about the devices are scarce at this point, but case renders suggest they could sport a circular cutout for their rear cameras — two of which are reportedly 40-megapixel ones — a la the one on the Nokia 9 PureView.

Word has it that the Huawei Mate 30 and Mate 30 Pro feature a notched screen, just like the Mate 20 and Mate 20 Pro before them. The display has a fingerprint sensor underneath it and a 90Hz refresh rate.

As for the operating system, Huawei CEO of consumer business group Richard Yu said that he prefers the upcoming flagship devices to run Android instead of the technology giant’s own HarmonyOS, so expect the Mate 30 and Mate 30 Pro to run EMUI 10.0.

Considering the potential launch date is just a month away, invites to the event should start circulating soon. We’ll let you know as soon as we hear anything from the world’s second-biggest smartphone brand.