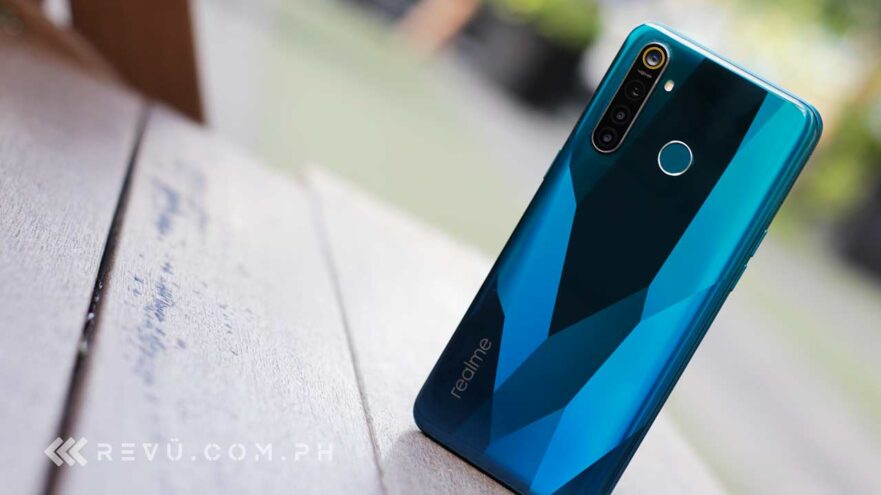 (Update, October 7: Our review of the Pro model is up! Read Realme 5 Pro review: A true midrange contender to watch for.)

If you like to reserve the Realme 5 Pro in stores, that will start tomorrow, October 4, and will continue until Friday, October 11. The first-day sale for the Realme 5 series will be on Saturday, October 12. Those who preordered the phone can get their units on the same day.

Early adopters get a free Realme 10,000mAh power bank worth P1,599 ($31). Home Credit allows for six- or nine-month installments at 0% interest for this phone as well.

The Realme 5 Pro also has a quad-camera setup on the back, but with a better 48-megapixel Sony IMX586 primary sensor with an f/1.8 aperture and improved Nightscape mode. AI features are baked into the software. On the front is a 16-megapixel selfie shooter.

The smartphone likewise features a holographic crystal-color on the rear, a Qualcomm Snapdragon 712 processor, a slightly smaller 6.3-inch notched screen, a 4,035mAh battery with support for 20-watt VOOC 3.0 fast-charging technology, and Android 9.0 Pie with ColorOS 6.0 on top.