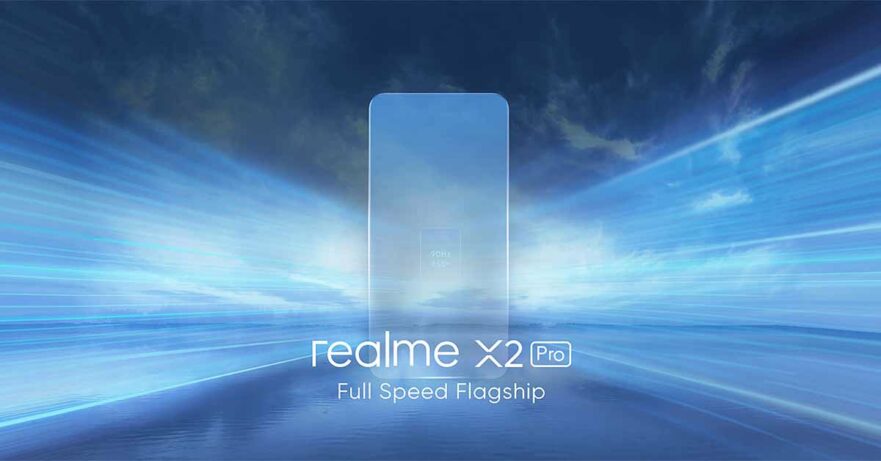 Realme executives have recently been teasing the arrival of a Snapdragon 855 Plus-powered smartphone. Now, we know that it’s the Realme X2 Pro. Code-named Super Warrior, it’ll be the first in its segment to use the flagship processor, and it’s expected to launch in China by the middle of this month.

(Update, October 14: It has appeared in a video! See Realme X2 Pro hands-on video posted ahead of launch.)

But that isn’t all that Realme is revealing about the phone. Through a Realme official site for the European market, we learn that this “Full Speed Flagship” also comes with a quad-camera setup. It will include a 64-megapixel Samsung GW1 primary sensor, the same one that the Realme XT, Redmi Note 8 Pro, and Vivo NEX 3 use.

There’s also a 115-degree ultra-wide-angle option, a telephoto lens, and a dedicated camera for portrait or bokeh shots.

The ultra-wide-angle lens promises to capture 360% more of a scene, and the super macro one can get real close with a 2.5cm microscopic focal length. Oh, and the X2 Pro will also have 20x hybrid zoom, which Realme claims will be “perfect for low-light pictures with a large aperture and pixel size.”

Other confirmed specs of the Realme X2 Pro include a screen with a waterdrop notch and a 90Hz refresh rate. Previous rumors claim the resolution is 1,080 x 2,040 and the aspect ratio is 20:9.

Again, that isn’t all the former OPPO sub-brand is teasing. The company will still be sharing more key features of the phone until October 4. According to the site, we still have functions related to the words “Smoother,” “Clearer,” and “Faster” coming up. We might also learn the official launch date on the 4th.

It might also have an in-display fingerprint reader and could support NFC connectivity. And since it’s a Pro version of the Realme X2, we’re assuming the 30-watt VOOC 4.0 Flash Charge technology might make an appearance on this device. Perhaps, that’s what “Faster” means. (Update: It’s the 50-watt SuperVOOC Flash Charge!)

Speaking of Realme devices, what we’re sure we here in the Philippines are getting soon is the Realme 5 and Realme 5 Pro. Both phones are launching in the country tomorrow, October 3.