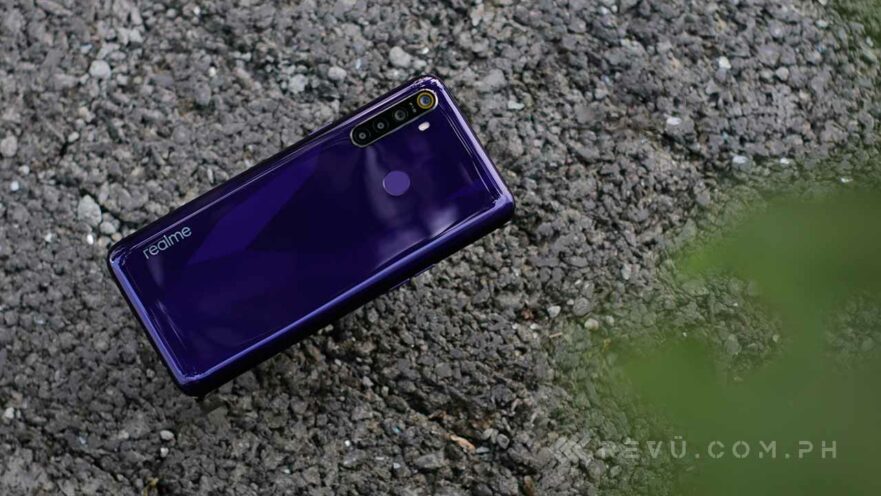 The Realme 5, along with the Realme 5 Pro, makes its Philippine debut today with three variants for you to choose from.

If you want to get your unit early, Lazada Philippines might be the way to go. The preorders start today, October 3, until Tuesday, October 8. The units will ship the day after on October 9. But if you prefer to preorder from stores, that will begin tomorrow, October 4, until Friday, October 11. The Realme 5’s first-day sale and claiming of preordered units will be on Saturday, October 12.

Early adopters get a free Realme 10,000mAh power bank worth P1,599 ($31). If you want to pay via Home Credit, it’ll be available through six- or nine-month installments at 0% interest.

The Realme 5 packs in a quad-lens main camera setup with an improved Nightscape mode and AI features included. This phone packs in a 12-megapixel primary camera with 8-megapixel ultra-wide lens, 2-megapixel depth and macro sensors, as well as a 13-megapixel front-facing camera.

It has an attractive holographic crystal design and sports a 6.5-inch notched screen. It runs on a Qualcomm Snapdragon 665 processor — the same chipset used by the OPPO A9 2020 and Xiaomi Mi A3 — and ColorOS 6.0 based on Android 9.0 Pie. And it comes equipped with a 5,000mAh battery with 10-watt microUSB charging.