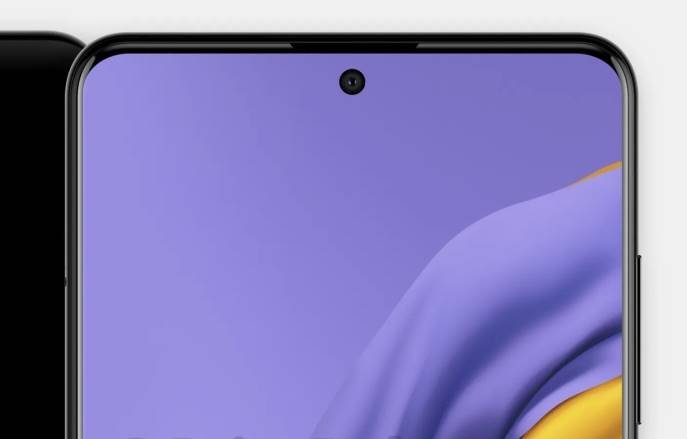 After the launch of the Galaxy A50s in August, Samsung might be introducing its successor, the Galaxy A51, in the first quarter of 2020. Most information about the handset has already been leaked, so we’re going to run down what we know about the Galaxy A51 so far.

The new renders from PriceBaba and OnLeaks show the Note 10-like top-center punch-hole display. The 32-megapixel selfie camera will be placed there.

The handset will reportedly measure 158.4 x 73.7 x 7.9mm. Its thickness will be at 8.5mm due to the camera bump, which supposedly houses four camera sensors and an LED flash at the top-left corner of the rear shell. There will be four cameras, all in all, arranged in an L-shaped array – three cameras stacked vertically, and the fourth is located to their right along with an LED flash.

Conflicting reports claim the primary lens will either be a 48- or a 32-megapixel shooter. The remaining three cameras are expected to feature a 12-megapixel wide-angle lens, a 12-megapixel telephoto lens with 2x optical zoom, and a 5-megapixel depth sensor.

The Galaxy A51 will supposedly come with Samsung’s new One UI 2.0 based on Android 10. A Geekbench listing on the device claims an Exynos 9611 chip will power this phone, similar to the Galaxy A50s and Galaxy M30s. It will be paired with 4GB of RAM. Storage options are either 64GB or 128GB.

The glass back panel seems to curve towards the edges. The Galaxy A51 will come with a volume rocker and power button on the right side and an ejectable SIM tray on the left. The bottom has a USB-C port, 3.5mm headphone jack, and a speaker.

Battery capacity is expected to be 4,000mAh. Color options could be silver, black, and blue.

At this point, the only things we don’t know are pricing and availability. And whether these rumored specs hold up. For now, we’re going to have to wait until 2020 to get any confirmation.