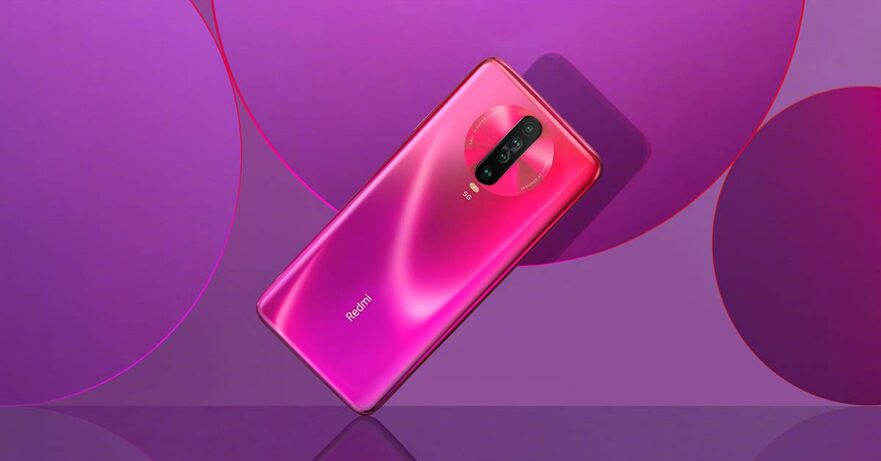 With the launch of the Redmi K30 series, Xiaomi‘s sub-brand pulls off another impressive feat. Redmi brings remarkable specs in a more affordable package and introduces the world’s cheapest 5G-enabled smartphone.

Despite the lower prices, the Redmi K30 5G offers some powerful specs. The handset is the first phone officially announced to run on the new Qualcomm Snapdragon 765G chipset. It pairs this with Android 10-based MIUI 11, an integrated fifth-generation Qualcomm AIE [artificial intelligence engine], and Snapdragon X52 5G modem, which supports dual-mode 5G. It also comes equipped with a 12-antenna design and dual-frequency GPS support.

As we’ve seen before in the teasers, the Redmi K30 has a more subdued matte finish than the Redmi K20‘s flashier, flame-like gradient. It keeps the gloss to the ring around the cameras. It has a recessed power button that serves as a fingerprint sensor as well.

The quad-camera setup on the back of the Redmi K30 5G pairs the new 64-megapixel Sony IMX 686 primary sensor with a 2-megapixel depth sensor, a 5-megapixel macro lens, and an 8-megapixel ultra-wide camerawith a 120-degree field of view.

Some of you will be happy to know the Redmi K30 5G retains the 3.5mm headphone jack, and it packs in a 4,500mAh battery with 30-watt fast-charging support via its USB-C port. It also offers dual-SIM support, Wi-Fi 802.11ac, Bluetooth 5.0, IR blaster, NFC, Hi-Res Audio, and 1217 super line speaker with Smart PA loudspeaker.

The Redmi K30 5G will be available for purchase in January 2020.

If you aren’t in the market for a 5G phone, Redmi also offers a 4G version of the Redmi K30. And the great thing is you aren’t missing a lot of the essential features from the 5G variant.

Both smartphones have the same display, operating system, front-facing cameras, battery capacity, and even the 3.5mm audio jack.

The key differences between the Redmi K30 5G and Redmi K30 4G are in the chip, camera, and battery departments

Its key differences include the processor, which is a Snapdragon 730G chipset; the camera, which swaps out the 5-megapixel macro lens for a 2-megapixel one; and a slightly slower 27-watt fast-charging capacity. The Redmi K30 4G won’t get a white color option, too.

The pre-sale of the Redmi K30 4G has begun in China, with its first sale happening on December 12.

As for the Pro model, Redmi didn’t make any announcements at the event. But rumors have been going around that a pro variant will be launched next year, as early as January 2020. Reports claim it will run on the latest Snapdragon 865 octa-core processor with Snapdragon X55 5G modem, and it will have a screen with a 120Hz refresh rate.

Beyond that, we don’t know anything else about the phone. But expect it to feature more premium specs than what was launched today.

We don’t know if and when these devices will make its way to the Philippines. But because Xiaomi Philippines country marketing manager Ava Castillo is in China for the event, we’re pretty sure that at least one of the newly launched products will be released in the country.