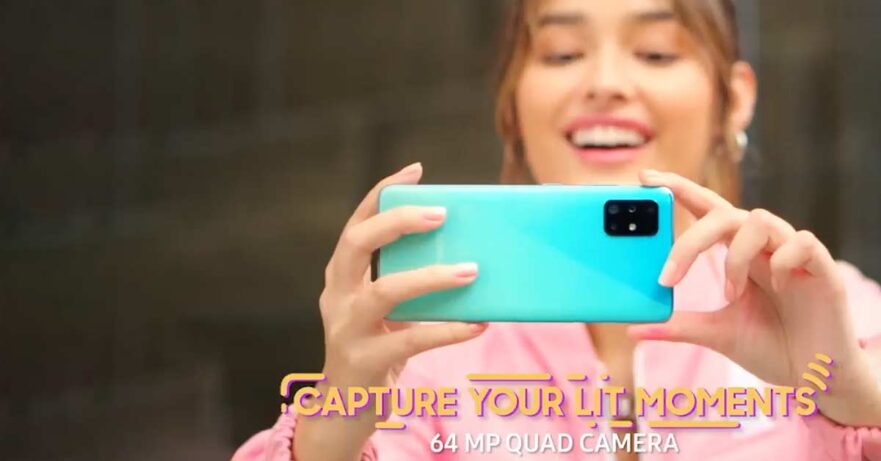 Samsung Electronics Philippines has revealed the preorder details for the Samsung Galaxy A71, which will launch in the country February 4th. The announcement was made on the company’s official social media page.

According to Samsung’s local arm, customers can book their order of Galaxy A71 units from February 5 to 14 through online and offline retail channels.

Unfortunately, the price of the phone wasn’t disclosed, but we believe it will retail at around P22,000 (about $431), just like its predecessor, the Galaxy A70. We’ll find out for sure during next week’s launch event, unless it gets leaked to the media somehow.

In any case, those who preorder the A71 from participating physical stores will receive a free JBL Clip 3 Bluetooth speaker worth P3,499 ($68.60) or a P2,000 ($39.21) voucher that can be spent on other Samsung products inside the store, except on the phone itself.

If you book your order through an online seller, you won’t have a choice when it comes to freebies; you’ll get a Clip 3 speaker, which isn’t bad at all.

But for both offline and online early adopters, there’s a free subscription to YouTube Premium and YouTube Music that’s valid for two months upon redemption.

A refundable down payment of P500 ($10) is required for the preorder. You can opt out of the purchase until March 15, and get your money back at the same store where the deposit was made. For online buyers, the full price of the unit has to be paid upfront to be eligible for the preorder bundle.

The Samsung Galaxy A71 will be available at the following online retail stores:

It will arrive for offline preorders at Samsung Experience Stores and authorized retailers nationwide.

As for the device, the Samsung Galaxy A71 packs a 6.7-inch Super AMOLED screen with an embedded fingerprint reader and a 32-megapixel selfie camera in a punch-hole cutout. It has a quad-camera array on the back, with a 64-megapixel main image sensor and a 12-megapixel ultra-wide shooter.

Under the hood, it’s powered by a Qualcomm Snapdragon 730 chipset with 8GB RAM and 128GB storage and a 4,500mAh battery with 25-watt fast charging. The device comes in Prism Crush Black, Prism Crush Blue, and Prism Crush Silver colors.

As we previously reported, Samsung Electronics Philippines is also expected to announce the Galaxy A51 and Note 10 Lite in the country, maybe weeks after the release of the A71.