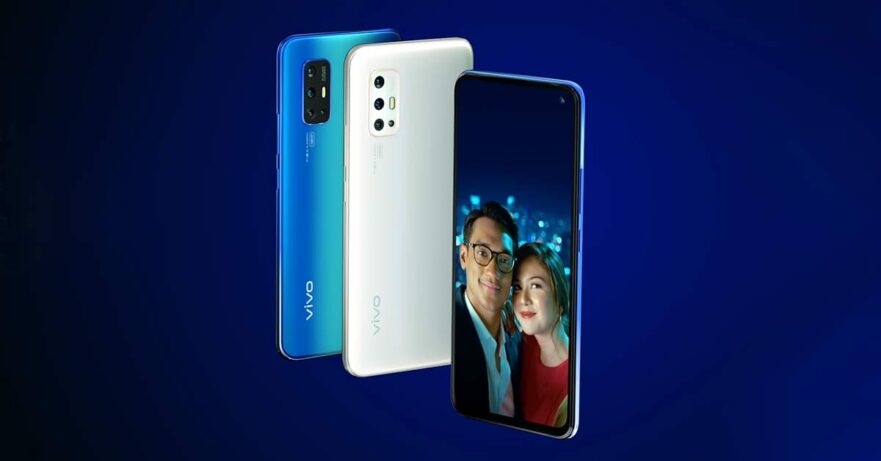 The Vivo V19 is coming on March 10 in Indonesia, as confirmed via the device maker’s recent social media posts. The V17 successor will launch in blue and pink colors.

Vivo Indonesia has also posted a video ad showcasing the phone’s design and headline features. The V19 has a rectangular quad-lens camera setup sporting a 48-megapixel primary sensor on the back. The module is reminiscent of Samsung’s previous rear-camera designs, with the lenses arranged in an L-shaped manner.

For taking selfies and video calls, the Vivo V19 gets a 32-megapixel camera in a single punch-hole cutout on the upper-right corner of the screen. The display also has an embedded fingerprint scanner, so it might be of the OLED variety.

The power button and volume rocker are located on the right edge, while the bottom houses a USB-C port sandwiched by a standard headphone jack and a mono speaker.

The V19 is also expected to run Android 10-based Funtouch OS out of the box on a Qualcomm Snapdragon 730 chipset with 8GB RAM and 128GB of storage. It’s said to sport a 4,500mAh battery that supports Vivo’s own fast-charging technoloy.

Rumors suggest the Vivo V19 might launch earlier in India, on March 3, before the start of the IPL 2020 sports championship in the country. However, the phone will reportedly pack dual selfie cameras, which means we could see the Pro variant of the phone instead of the Indonesia-bound standard version.