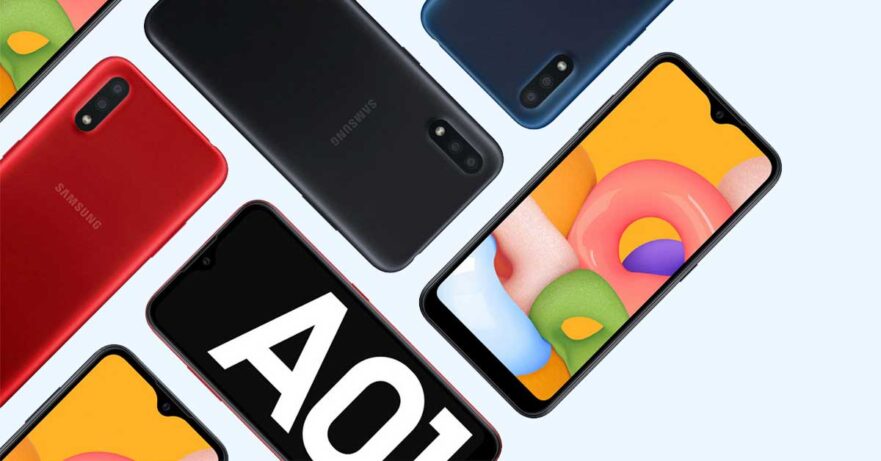 Samsung has a new budget phone releasing for the local market. The Samsung Galaxy A01 has been listed online on Lazada Philippines, complete with its retail price tag. Prior to its listing on the e-commerce platform, the phone was spotted on Samsung’s official website.

According to the site, the Galaxy A01 will also be available through the Abenson, Anson, Globe, and Smart online stores, as well as offline. It’s available in black and blue colors. Unfortunately, there’s no word yet as to when the device will go on sale; as of this writing, you can only add it to your Lazada wish list.

So, how much will the Korean OEM’s latest low-cost handset cost? Just P5,490, or roughly $108 in U.S. currency. That’s surprisingly accessible for a Samsung smartphone — one of the cheapest you can find from a reputable global brand — but then again, the Samsung Galaxy A01 doesn’t have much to offer in terms of specs and features.

For the price, you might be better off with a Realme or Xiaomi phone with higher specifications for about the same cost. It’s decent, though, and in the end, that’s what this phone is all about.

The Samsung Galaxy A01 rocks a 5.7-inch, 720p LCD screen with a waterdrop notch up top for the 5-megapixel selfie camera. The back of the phone includes two cameras — a 13-megapixel, f/2.2 shooter shares the vertical module with a 2-megapixel depth sensor that adds background blur to portraits. The battery is 3,000mAh and charges over a microUSB port.

An octa-core Qualcomm Snapdragon 439 processor backed by 2GB RAM and 16GB of expendable storage powers the device, and runs Samsung’s latest One UI interface on top of Android 10, which is great for a budget handset.