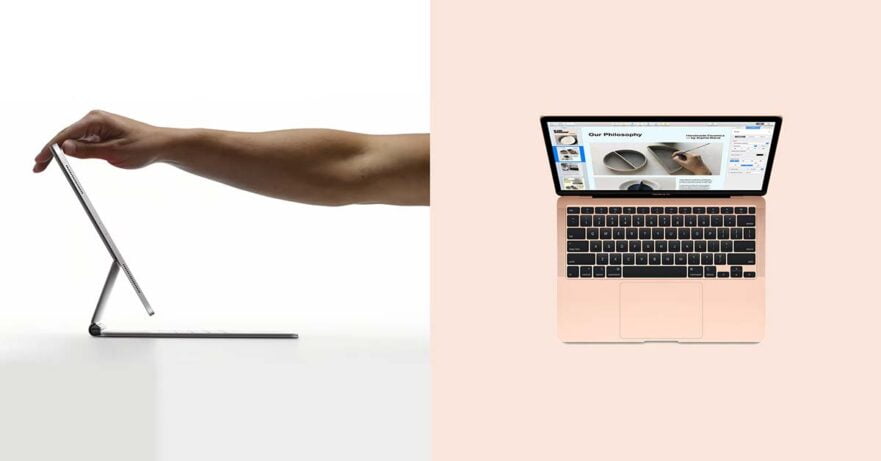 Apple was supposed to host an event at the end of the month and unveil a fresh slate of products, but decided to cancel it as the number of coronavirus cases across the United States continues to rise.

This is the new normal for the tech industry, so we’re not surprised at all. However, even though the event was cancelled, Apple’s new product launch plans weren’t. In a press release, the American tech giant announced the latest refreshes to its iPad Pro and MacBook Air lineups.

First up, there’s the new iPad Pro model in 11- and 12.9-inch sizes that look identical to last year’s releases, except on the back where Apple has installed a new camera system with three — yes, three! — sensors in a similar squarish module seen on the iPhone 11 phones.

The previous iPad Pro had one camera; the new models feature a 12-megapixel primary camera, a 10-megapixel ultra-wide-angle option, and a LIDAR sensor for depth sensing and AR applications. They’re also equipped with an A12Z Bionic chipset, which Apple claims is “more powerful than most Windows PC laptops.” The cellular variants support gigabit LTE, not 5G, while the battery life is estimated at around 10 hours.

Oh, and the new and improved Pro gets a better, full-sized keyboard accessory with backlighting, scissor-type keys, and its own trackpad. It even unfolds and doubles as a stand that can elevate the tablet to a more optimal viewing position, as shown in Apple’s ads. Apple calls it a Magic Keyboard, taking after the redesigned keyboard of its updated MacBook line.

The latest iPad Pro will hit stores in the U.S. next week and in the Philippines in May. The keyboard will be sold separately from May, starting at $299 (around P15,417).

Prices in the United States

Prices in the Philippines

The latest MacBook refresh includes faster 10th-gen Intel Icy Lake processors that deliver 80% improved graphics performance; a starting storage of 256GB; and a scissor-switch keyboard with the same 1mm of travel as the 16-inch MacBook Pro launched late last year. Additionally, it’s got a three-mic array, advanced stereo speakers, plus support for up to a 6K external monitor.

Prices in the United States

Prices in the Philippines