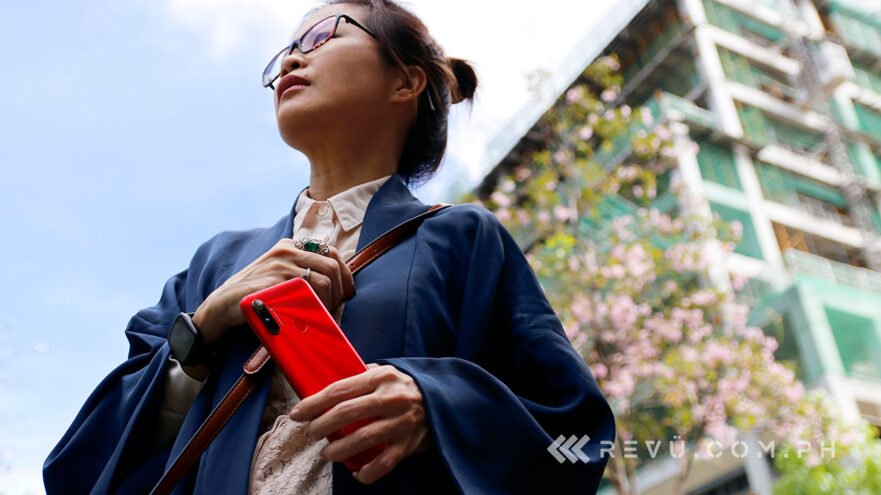 Realme is at it again. Just weeks after launching the 5i in the Philippines, the former OPPO sub-brand has announced the C3, a new budget contender with a never-before-seen chipset and (again) a disruptive price tag.

So, is it worth the money and, likely, subsequent hype that may emerge around it? We’ve had the phone for a couple of weeks now, and here’s our review.

In the Philippines, the Realme C3 with 3GB RAM and 32GB of internal storage is priced at P5,990, which translates to roughly $118 in U.S. currency. That’s a remarkable price for this phone; its winning features are unheard of at this price point. Local offline and online sales start today, March 5.

The Realme C3 is currently the most affordable phone in the company’s 2020 lineup, but that’s not to say it feels the cheapest. It also doesn’t look like your average budget blower, not to mention, it comes in red and blue colorways that can instantly catch your fancy.

The striking red variant manages to stand out even among much more expensive models, and it’s easily one of our favorite color options for a smartphone ever. Realme’s Sunrise design, which is textured and has a grippy matte finish that gives the rear cover the same shimmer effect found on the Realme 5i’s back, looks particularly great on the red C3.

Hopefully, Realme’s bold color choices will be replicated by other smartphone OEMs; we want to see more red and blue phones on the market. As expected, the build quality is stellar for a low-cost handset. The back doesn’t bend or creak in any way it shouldn’t when put under stress.

Unlike most entry-level handsets, the C3 has a fingerprint scanner for immediately unlocking the device. It conveniently sits on the back, near the center of the panel, right where your index finger naturally rests. It sports a matte surface and works instantly, zero lag, with the screen turning on in less than a second.

We’ll get to the camera specs and performance in a bit, but in case you haven’t been paying close attention to the hardware, the C3 variant that Realme Philippines will release in the country includes three rear cameras, as opposed to two on the Indian version (there is no fingerprint sensor on the latter, too). The size of the camera bump isn’t an annoyance, but is considerable and prevents the phone from lying completely flat if laid down on its back without a case.

Speaking of which, the C3, like other Realme budget blowers, doesn’t come with any plastic or rubber protection, so you may want to purchase one separately if you have butterfingers. The retail box doesn’t ship with a pair of earphones as well.

The front boasts a waterdrop screen with sensibly sized bezels on all sides. The right side features the power key, while the volume rocker sits to the left of the phone, below the triple-card tray that accommodates two nano SIMs and a microSD card. Along the bottom, you’ll find a microUSB port flanked by a headphone jack and loudspeaker.

The downward-firing speaker is decent for a budget offering, though we would have wanted to see a USB-C connection for power supply and data transfer. Obviously not now, but it may be on its way to the Realme C3’s successor. We’re crossing our fingers.

The waterdrop LCD measures 6.5 inches diagonally and has an HD+ resolution at an extra-tall aspect ratio of 20:9. As we mentioned in our hands-on, we’re not sure if this is the same panel Realme used on the 5i, but the specs and overall picture quality are virtually identical. That’s not bad at all; in fact, it’s actually pretty good for a device at this price point, and the screen size is excellent for media consumption.

At 1,600 x 720 pixels, the display resolution doesn’t look grainy while navigating the screen or browsing the web, although the dip in sharpness is slightly noticeable when you’re watching content on Netflix. Also, in case you’re curious, the Realme C3 lacks Widevine L1 certification, so you won’t be able to stream content on platforms like Netflix in HD.

The panel comes with a layer of Corning Gorilla Glass 3 on top for added protection against regular wear and tear. While it’s impressive that the C3 uses a durable screen glass, you should know that the equally affordable (though not as powerful) Redmi 8A is bundled with Gorilla Glass 5.

The peak brightness is good for indoor viewing, but outdoor visibility is a bit sub-par. And it doesn’t help that the screen is reflective under direct sunlight.

The Realme C3 has triple rear cameras consisting of a 12-megapixel, f/1.8 main camera and two 2-megapixel depth and macro sensors for portraits and closeup shots, respectively. Unfortunately, it doesn’t have an ultra-wide shooter, although you do get a panorama mode for landscapes and group photos. For selfies, there’s a 5-megapixel, f/2.4 camera housed in the waterdrop notch on the front.

In general, the rear-facing camera is fine for daylight, nighttime, and indoor shots. Of course, it won’t replace a full-fledged camera, or most other cameras on more expensive hardware. Video quality maxes out at 1080p, but videos often lack the detail and dynamic range still pictures have.

However, for us, the biggest thing that is missing from the camera package is Nightscape mode. Yes, the C3 doesn’t ship with Realme’s dedicated shooting mode for low-light situations, and one of our favorite implementations of night mode on Android. 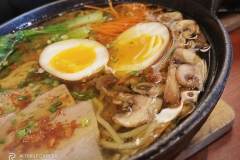 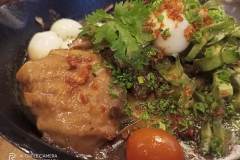 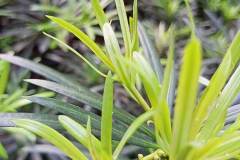 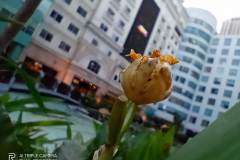 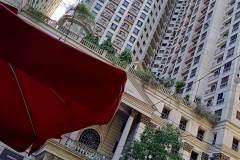 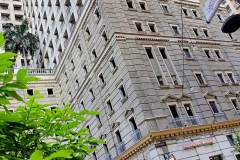 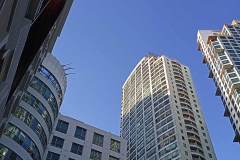 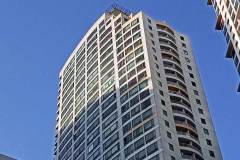 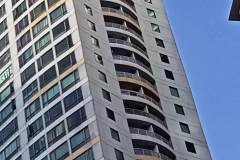 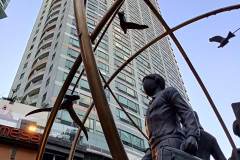 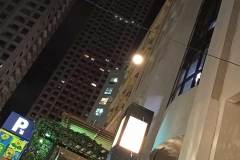 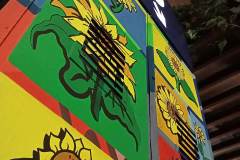 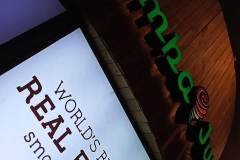 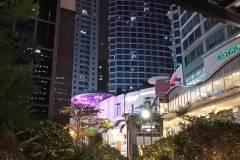 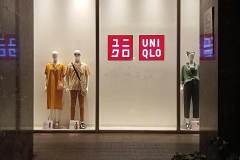 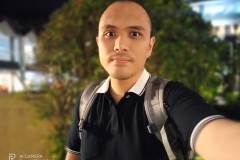 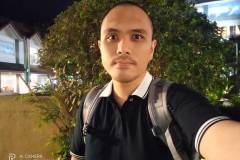 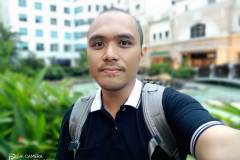 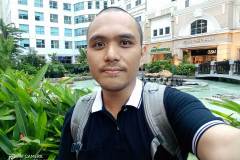 Thankfully, this doesn’t mean the C3 can’t capture bright and detailed images in auto mode when lighting isn’t the best. Similarly, portrait shots taken with the rear and front cameras look passable for social media. Regular selfies are decent and have a good amount of detail as well. And if you need it, a beauty filter is also available natively in the camera settings to smooth your face.

Under the hood, the Realme C3 is the first to run on MediaTek’s Helio G70 platform, which was launched recently to provide low-cost handsets with high-end performance and give Qualcomm’s Snapdragon 600 series a run for its money. The G70 is basically a slightly watered-down version of the G90, and has a similar octa-core setup.

In terms of performance, the G70 is indeed impressive, hands down the fastest we’ve seen in the budget segment so far. Qualcomm has every right to be concerned about its Snapdragon 400 lineup, which includes the Snapdragon 439.

The Realme C3 is about as responsive as most midrange phones we’ve tested, and most high-end games we tried ran smooth and didn’t cause the handset to stutter or overheat, even with multiple applications in the background. Realme even has a dedicated mode to provide a better gaming experience while managing system resources optimally. Mobile Legends runs at high detail, and High Frame Rate mode can be enabled in the game’s settings.

We ran some standard benchmarks on our C3, which indicated that it is similar in performance to the Qualcomm Snapdragon 665.

The smartphone also arrives with Realme UI on top of the latest Android 10 operating system. This is a major software update and introduces several new features, including improvements to system performance; a system-wide dark mode; a new file-sharing system that supports Android 10-based OPPO, Vivo, and Xiaomi devices; and the ability to personalize icons.

Like the 5i before it, the latest Realme has a sizable battery under the back cover, rated at 5,000mAh. We found that the battery life is solid and can last two days without problems, delivering around eight hours of on-screen time on a single charge. That’s impressive compared to the five to six hours of on-screen time we normally get on low-cost units.

The Realme C3 can last two days without problems, delivering around eight hours of on-screen time on a single charge

A full charge from zero will take around three hours using the bundled charger. This is completely understandable given the high-capacity cell. You should also know that the C3 comes with reverse charging, which means you can use it to top up other devices with an OTG cable.

Not too long ago, Realme released the 5i on the local market for P6,990 ($138). In our review, we said it’s one of the best budget phones available today, and it’s easily comparable to other phones with a higher price tag.

Impressively, the Realme C3 can do most of the things the Realme 5i does so well, but at P1,000 ($19.77) less. And while you only get half the storage the 5i comes with on the C3, the latter can ultimately give you a similar, if not better, day-to-day and gaming experience.

Our suggestion: Pick the 5i if you prefer a better, more versatile camera system. Otherwise, the C3 will give you the same performance at a lower cost.

Realme has impressed us yet again. This time, it’s with a new budget phone that you should definitely not miss.