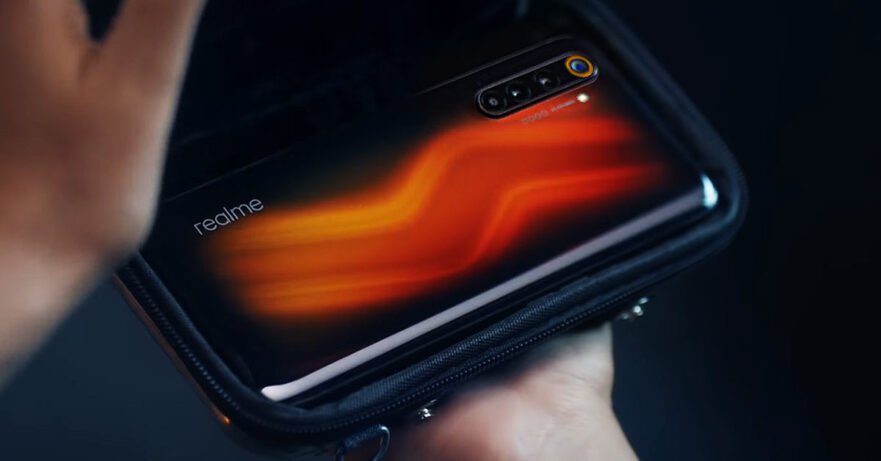 The Realme C3, the company’s latest entry-level smartphone, was launched in the Philippines for P5,990, or roughly $118.

(Update, May 29: Our review is up! Read Realme 6 Pro review: Gaming and camera beast for less.)

On the same day, Realme also announced the Realme 6 and 6 Pro for the Indian market, alongside its first fitness wearable, the Realme Band. The latter will also go on sale in the Philippines soon, we’re told. It comes in three colors — black, green, and yellow — and features a curved 160 x 80 capacitive touchscreen; IP68 certification for water and dust resistance; and a built-in battery that can last up to 10 days.

But back to the phones: Realme’s newest duo of affordable handsets look promising on paper. And, like their predecessors, they come with disruptive price tags that will make you seriously consider them if you’re in the market for a low-cost upgrade.

The Realme 6 and 6 Pro will be available for purchase on India’s Flipkart online retail platform from March 11 and March 13, respectively. The 6 has two color options — Comet Blue and Comet White — while the 6 Pro comes in Lightning Blue and Lightning Orange colors.

As the name suggests, the Realme 6 is the direct successor to the Realme 5 that came before it. Unlike most smartphone sequels, however, the latest model sounds like a significant leap in terms of specifications.

The LCD screen, which measures 6.5 inches diagonally, is now FHD+ and has a 90Hz refresh rate, as well as a touch sampling rate of 120Hz and a peak brightness equivalent to 480 nits. It doesn’t have a notch, as opposed to the Realme 5’s 720p waterdrop display; instead, there’s a 16-megapixel punch-hole camera on the upper left.

Elsewhere, there are four cameras on the back, headlined by a 64-megapixel main camera and an 8-megapixel wide-angle camera for landscapes and group shots.

Inside, the Realme 6 packs a MediaTek Helio G90T chipset, which is the same chip used in the Redmi Note 8 Pro. It comes with up to 8GB RAM and 128GB storage, and the battery is rated at 4,300mAh and supports 30-watt fast charging.

Continuously upgrading our design philosophy, we bring a combination of beauty & speed with the Comet design of #realme6 in 2 new colours – the pure & translucent Comet White and the profound and mysterious Comet Blue.

On the outside, the Realme 6 Pro takes a different aesthetic direction than the regular 6, opting for a gradient glass back with a lightning-pattern design. At 6.6 inches, its screen size is slightly bigger, too, though the 90Hz refresh rate and 120Hz touch response remain. The display glass of the Pro variant also upgrades to Gorilla Glass 5, from Gorilla Glass 3 on the standard Realme 6.

In the camera department, the Realme 6 Pro still has four rear cameras, but the number of selfie cameras has doubled to two. Like the regular Realme, the primary sensor is 64 megapixels, while the ultra-wide, telephoto, and macro cameras are 8, 12, and 2 megapixels, respectively. As you’d expect, the extra camera on the front has a wider lens to capture more people or more of the surroundings in the scene.

The battery is once again 4,300mAh, with support for fast charging at 30 watts. Powering the Realme 6 Pro is Qualcomm’s new Snapdragon 720G chipset, which we haven’t seen anywhere else yet. The phone also maxes out at 8GB RAM and 128GB storage.

As for the software, both the Realme 6 and Realme 6 Pro will ship with Realme UI based on the latest Android 10 operating system.