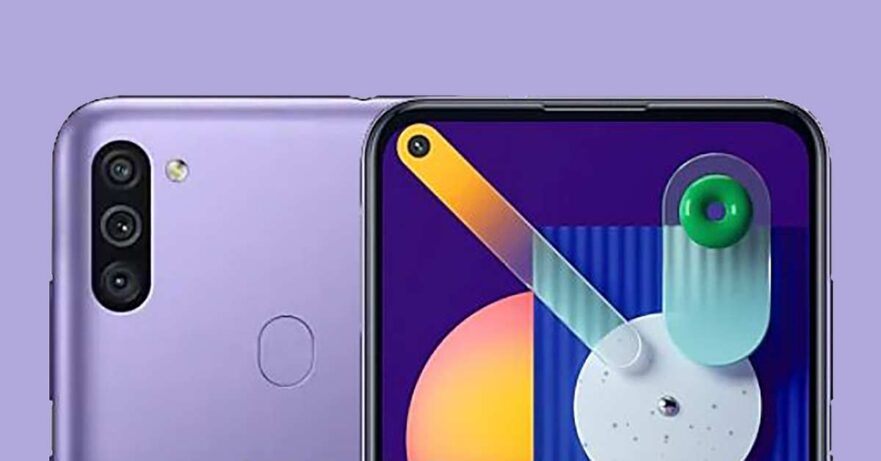 We spotted the Samsung Galaxy M31 on Samsung Electronics Philippines’ site almost two weeks ago. It has not gone official locally yet, but it looks like another member of the series will join it, too — if the company decides to bring it here, of course.

Say hello to the Samsung Galaxy M11. The smartphone is believed to break cover soon, as it’s been certified by organizations like Wi-Fi Alliance and Google Play Console. Better yet, its design and specs have already surfaced online, brought to us by the same people who got the Samsung Galaxy M21 leaks right.

The image above shows that the Galaxy M11 features three cameras on the back, supposedly consisting of 13-megapixel main, 5-megapixel ultra-wide, and 2-megapixel depth sensors. They’re placed in a vertically positioned rectangular module on the upper-left side of the rear panel. You’ll also find a fingerprint sensor on the back.

The front, on the other hand, is also unlike that of Samsung‘s M31. The 8-megapixel selfie shooter is housed in a punch hole at the top-left part of what is said to be a 6.4-inch LCD screen with 720 x 1,560 resolution.

Inside the Samsung Galaxy M11 is a Qualcomm Snapdragon 450 with Adreno 506 GPU. The chip is allegedly mated to 3G and 4GB of RAM and 32GB and 64GB of expandable storage.

Other stuff to expect include a 5,000mAh battery with support for 15-watt fast charging, a USB Type-C port, a 3.5mm headphone jack, and Bluetooth version 4.2. The phone will ship with Android 10-based OneUI 2.0 out of the box as well.