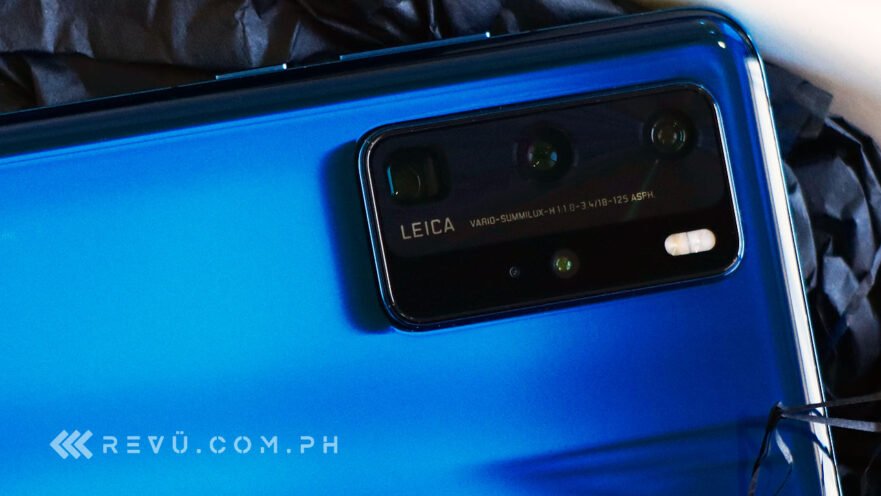 At a recent virtual launch event, Huawei unveiled its latest P40 series flagship smartphones with an emphasis on photography and 5G performance.

Coinciding with the online global announcement, Huawei Philippines announced the local availability of the P40 and P40 Pro in the Philippines, with shipping after April 24. The Huawei P40 costs P36,990 (roughly $725 converted), while the Huawei P40 Pro is priced at P50,990 ($1,000). You can see the preorder details here.

There’s still no word if the top-shelf Huawei P40 Pro Plus with five cameras on the back — 7 in total — will be launched in the country, but its general availability is slated for June 2020. If you’re interested, do note that it will set you back €1,399 in Europe, and that translates to P80,374 or $1,562. Then again, consumer goods in that region are more expensive because of higher taxes.

The regular Pro retains many of the features that make the Plus edition a powerhouse shooter, including the company’s new 50-megapixel Ultra Vision Wide sensor that can reach ISO 409,600 and absorbs more light, resulting in better low-light performance. Huawei’s 40-megapixel Ultra Wide Cine sensor from the Mate 30 series also makes a comeback in the P40 Pro.

That said, the Huawei P40 Pro certainly looks like it has a lot to offer, despite not being the best and most expensive phone in the lineup. It’s not the most attractive model specs-wise, but it may be the more practical option, especially for those who don’t need the 100x zoom camera of the P40 Pro Plus. For more about the P40 Pro, read the rest of our unboxing and hands-on article.

The Huawei P40 Pro ships in a white rectangular box. As you can see, the package contents are pretty standard, with the exception of Huawei’s 40-watt power brick. Inside, you’ll find the following besides the unit itself: 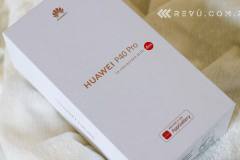 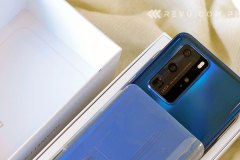 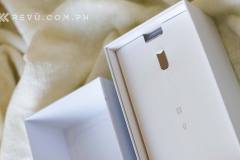 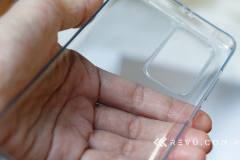 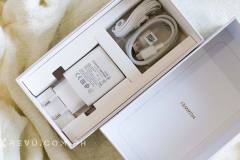 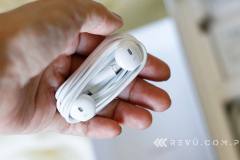 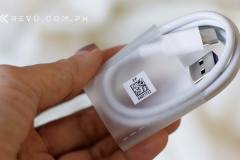 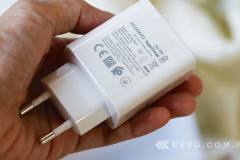 Design and display: Ready for 2020 and beyond

The first thing you’ll notice about the Huawei P40 Pro is how nice it is to hold and just cradle in the hand, but the glossy finish makes it quite slippery and difficult to clean up if it gets consumed by fingerprints and smudges. The front and rear panels are made of curved glass, while the frame of the phone is metal with a paint job that matches the color of the back.

Notably, Huawei integrates seven antenna bands onto the body of the P40 Pro, which will likely enhance its ability to receive signals from a cell tower. This might come handy when connecting to a 5G network, which travels much shorter distances than slower networks. 5G is expected to become the new normal for mobile devices, so it’s great that the P40 Pro will be able to take advantage of the faster data speeds the latest cellular standard will offer when it rolls out across the Philippines.

The rear panel has a huge camera bump, owing to the horizontal block that houses four lenses, an eight-channel, multi-spectrum color temperature sensor, and an “octa” phase-detection auto-focus array that improves the speed and accuracy of AF.

The size of the bump will prevent the phone from lying perfectly flat on its back. Additionally, the slight lift can cause the unit to wobble if you type on it while it’s laid down or accidentally slide down if it’s on an uneven surface. And if, for some reason, it dips into water, you’ll be happy to know that the P40 Pro includes IP68 waterproofing, like most other Huawei flagships.

The screen is OLED, 6.58 inches, and comes with 2,640 x 1,200 resolution and a higher-than-normal refresh rate of 90Hz. It also has HDR10 and a large amount of coverage of the DCI-P3 color coverage for better hues and contrast.

The panel is curved at the top, bottom, and on the sides of the device. It’s something we haven’t seen before, and it definitely adds to the Huawei P40 Pro’s aesthetic appeal and makes it more comfortable to use. It has less of a drop off on the sides compared to the screen on the Huawei Mate 30 Pro, but we actually prefer it from a functional standpoint.

The P40 Pro doesn’t have a notch; instead, it has a pill-shaped cutout for a 32-megapixel selfie camera, as well as a depth-sensing ToF (Time of Flight) sensor and infrared sensor for accurate face unlock even in low light.

Camera: The best Huawei has to offer — and perhaps the best on any phone ever

Huawei’s P series has always been about bringing the best camera technologies to a smartphone, and the latest P40 Pro models not only retains the promises of their predecessors, but look to elevate mobile photography to greater heights.

We’ll talk in detail about the handset’s rear camera system in our full review, but from what we’ve seen so far, Huawei’s new flagship could become the benchmark for all other smartphones. The color fidelity, exposure, detail, dynamic range, and auto-focus are all exceptional on the P40 Pro. The zoom range is impressive, too, and benefits from an effective optical-image stabilization or OIS system. 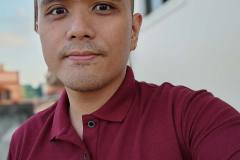 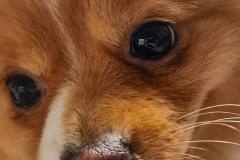 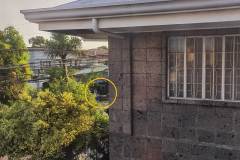 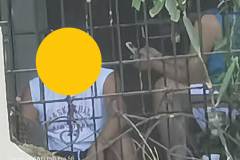 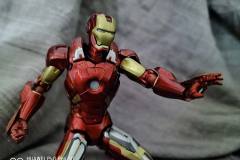 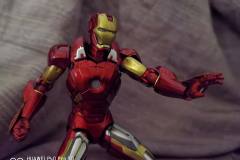 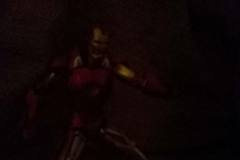 The P40 Pro looks set to be the best camera phone Huawei has ever built, and almost certainly on our list of top photography-centric phones for 2020.

The front-facing camera features 32 megapixels and can take sharp selfies with accurate colors, even in dim areas of our office-slash-home. Portrait images also appear natural in terms of how the background is blurred to make the foreground stand out. Huawei hasn’t exactly been a leading a player on the selfie front, but the P40 Pro looks to put it at the top of the performance charts.

The Huawei P40 Pro, like the rest of the phones in the lineup, packs a HiSilicon Kirin 990 5G chipset, which is the same one inside the Mate 30 Pro 5G and Mate Xs. It’s not the most powerful chip available right now, as the benchmarks will show — at least on paper. But if you’re after both high-end performance, efficiency, and 5G network compatibility, then it is the best choice one can make.

For users in the Philippines, the Kirin 990 5G is the only chipset on the local market that supports both Globe Telecom and Smart Communications’ 5G networks. The latter is still in its testing phase, while Globe’s 5G signal is available exclusively to those with postpaid subscriptions for now.

When it comes to gaming, the P40 Pro delivers flagship-grade performance and can play anything you throw at it at full resolution with the highest settings. A good gaming handset should be able to run games like Call of Duty Mobile and Black Desert Mobile with little to zero lags, and this is exactly what the Huawei P40 Pro is capable of.

Other smartphone tasks, such as web browsing, social media, and video streaming, are also handled as well as we could possibly hope, though it bears noting that on-demand video services like Netflix won’t let you stream at HD quality.

The battery life, as expected, looks excellent so far, and our unit has provided us with more than 7 hours of screen-on time on a single charge, with the refresh rate set to 90Hz all the time. For charging, the P40 Pro supports the same 40-watt SuperCharge standard introduced by the Huawei Mate 20 Pro.

Wireless fast charging is onboard as well, and the smartphone can charge at a rate of up to 27 watts using compatible hardware. It’s not the fastest, but it’s faster than most wired standards.

Unsurprisingly, the P40 Pro runs the latest version of Huawei’s own EMUI Android skin (EMUI 10.1, in this case) on top of Android 10. It doesn’t have Google Mobile Services; it has Huawei Mobile Services with some first-party apps like AppGallery preinstalled.

The AppGallery is now the third-largest online app store in the world with over 400 million active monthly users. Huawei has previously detailed plans to spend $1 billion to attract more developers and, ultimately, bolster its growing storefront.

That’s it, folks. For now at least. Stay tuned for our full review of the Huawei P40 Pro.