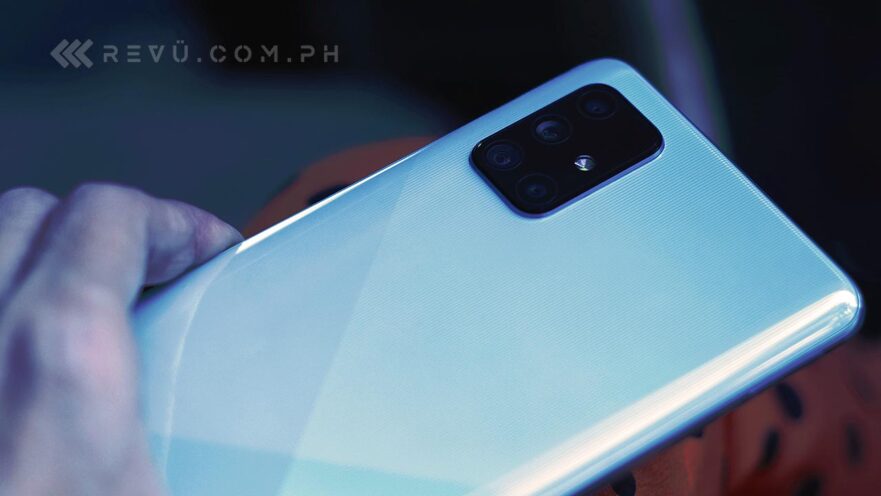 It has arrived earlier than expected. The Samsung Galaxy A51 is now being sold at retail stores in the Philippines.

Launched alongside the Samsung Galaxy A71 in December, the smartphone was initially offered to Globe postpaid subscribers. It’s finally available in prepaid with a suggested retail price of P16,990 (around $333). However, you won’t find it on Lazada, Shopee, and other online partners of the Korean company at the time of writing this article just yet. We’re guessing it will be — and soon.

The Samsung Galaxy A51 adopts the design of the more expensive Galaxy A71. It comes with a quad-camera setup on the back, with a 48-megapixel primary sensor mated to 12-megapixel ultra-wide, 5-megapixel macro, and 5-megapixel depth-sensing shooters. The 32-megapixel selfie camera is housed in a punch hole at the top center of the phone’s 6.5-inch Super AMOLED screen.

The A series is a popular line, with many of the models making it to the global lists of top 10 bestselling smartphones in the fourth quarter of 2019 and in full year 2019. And we expect Samsung to try to improve its ranking in the Philippines with the help of the A lineup.