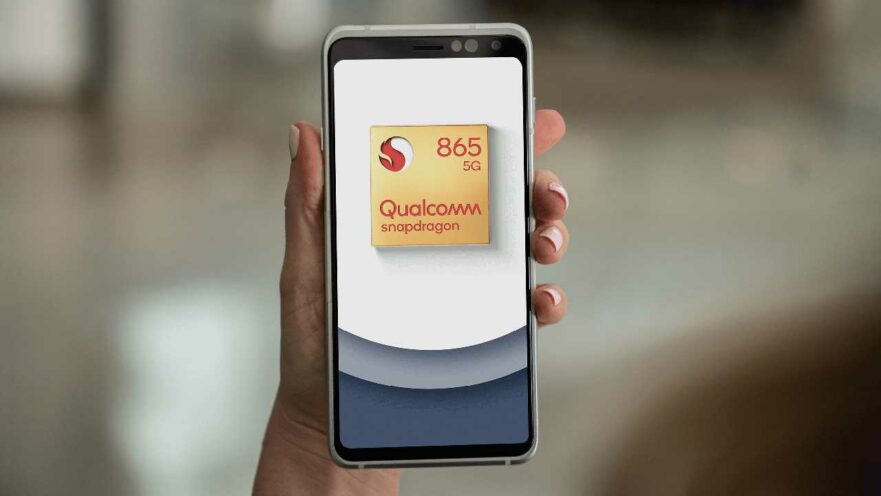 Newer processors are designed to beat its predecessors, but there was an outlier last year that raised doubts. The Qualcomm Snapdragon 855 processor couldn’t defeat the earlier launched Apple A12 Bionic processor. So, we wonder if the upcoming Snapdragon 865 will suffer the same fate against Apple’s current A13 Bionic chipset.

Antutu and a few online technology publications have shared benchmark results of the new Qualcomm chipset.

If we think about this in terms of the devices the processors are powering or will power, then we think of the upcoming Samsung Galaxy S11 lineup and the current Apple iPhone 11 series. The former is expected to launch with the Snapdragon 865 in markets where Samsung won’t equip the phones with its Exynos processor, while the latter runs on the A13 Bionic chip.

The results give us high hopes for the Samsung flagship to overtake Apple’s premium handset — at least until the latter releases its next processor.

Qualcomm promises the Snapdragon 865 offers 25% better CPU performance and a 20% increase in GPU performance over the previous-generation Snapdragon 855. The new mobile system-on-chip will also support LPDDR5 memory and comes with a newer 7nm process. But how does this translate? See the Antutu results and those of tests ran by three sites: TechRadar, PCWorld, and XDA Developers.

In Antutu’s comparison, the Snapdragon 865 scored considerably higher than the Snapdragon 855 Plus in the Vivo NEX 3 5G, the Kirin 990 5G in the Huawei Mate 30 Pro 5G, and the MediaTek Dimensity 1000 in a reference device.

Qualcomm let TechRadar test a Snapdragon 865-loaded reference device against the Apple iPhone 11 Pro Max. The unit features hardware specs you can expect to hear a lot from Android flagships in 2020: a Quad HD+ display with a 2,880 x 1,440 resolution, 12GB of LP5 dual-rank RAM, an octa-core processor, and 128GB of internal storage.

The online publication put it to the test using benchmark apps Antutu, Geekbench, and GFxBench. The results of their testing showed the Snapdragon 865 outpacing Apple’s A13 Bionic processor in some crucial areas.

When it comes to the single-core score, the Snapdragon chip trailed Apple’s processor, though the former got a 931 on Geekbench 5 over the latter’s 1,331. The single-core compute score shows the processor’s capabilities for simple tasks like mobile web browsing.

Qualcomm is admittedly putting more emphasis on multi-core score, GPU, and AI chips, so the result isn’t that surprising. The focus on spreading out the workload to more cores might work in Qualcomm’s favor as developers do the same for the applications they create.

To test these features, TechRadar used apps like GFxBench and Antutu for GPU benchmarks and AITutu and Ludashi AI Mark for newer AI tests. The scores the Snapdragon 865 garnered met or exceeded what Qualcomm had as its “expected” score range.

PCWorld‘s tests tried using both the default and the performance mode, which sped up the chipset while draining the battery a bit faster. The publication pitted the Snapdragon 865 against the Snapdragon 855, Snapdragon 855 Plus, and Apple A13 Bionic processors.

Some of the results were also consistent with what the other publications saw: the Snapdragon 865 exceeding or, at the very least, meeting Qualcomm’s expected performance gains.

As for PCMark 2.0 scores, there was a 40% leap in the Work 2.0 final scores when compared with the Snapdragon 855 Plus’. XDA Developers noted the most significant improvement was in the Photo Editing 2.0 subtest, where the score nearly doubled, and then followed by a Web Browsing score improvement of about 80%. The other results were more conservative at less than 25%.

So, what do these mean?

You can expect powerful graphics and AI performance from the 2020 Android flagships. The handsets, like the Samsung Galaxy S11 models, will be ready to take on resource-heavy apps and tasks with ease, which will always be a win in our book.

But we need to remind you that the tests were performed on Qualcomm-provided devices, which means they meet a specific set of metrics set by the chipmaker. The performance of the Snapdragon 865 will still vary when the processor is placed in a device made by third-party manufacturers. One thing we’re sure of is we can’t wait to test it.