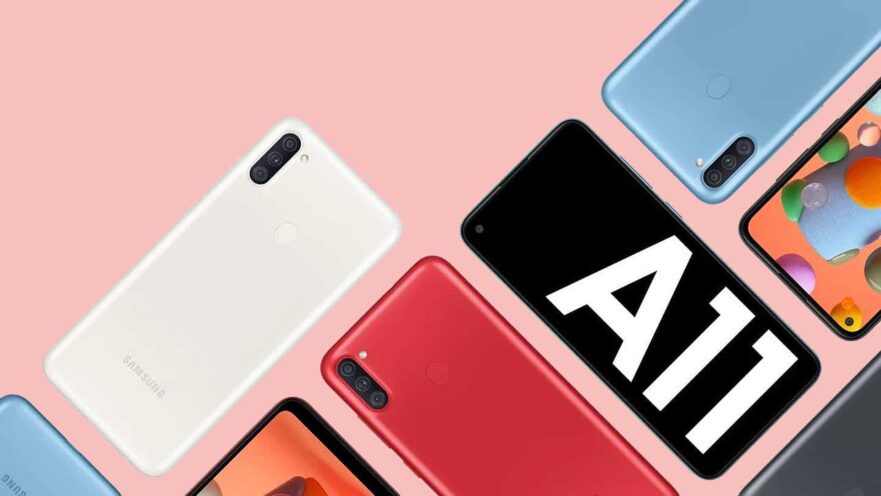 Ten days ago, we wrote about the new Samsung Galaxy A series phones that are launching in the Philippines soon, namely the Galaxy A11, Galaxy A21s, Galaxy A31, and Galaxy A41.

Now, local retailer MemoXpress has revealed the price of the Samsung Galaxy A11 for the local market. According to a recent social media post, the entry-level phone sports a suggested retail price of P7,490 (around $150) in the country, for the 2GB RAM and 32GB storage variant. It hasn’t been listed on MemoXpress’ online store; we’re told the phone will be available sometime early July.

Alongside the recently launched Galaxy M11, it is the cheapest Samsung handset with a punch-hole screen, but unlike the former, the A11 includes a smaller battery and has less RAM at the same price. Interestingly, the Galaxy A11 and M11 cost the same and have mostly similar specifications, though the M series model seems to be limited to online retail channels like Samsung’s official online store and Lazada.

One likely explanation is that the Galaxy M11 incurs less cost compared to the Galaxy A11 due to the nature of doing online commerce, where store-related expenses, such as rent and the wages of retail employees, are eliminated or drastically decreased. Hence, the same price tags despite the M11 offering better value.

In case you’re still interested in the Samsung Galaxy A11, the phone is equipped with a Qualcomm Snapdragon 450 chipset and triple cameras on the back, with a 13-megapixel main camera and dedicated lenses for ultra-wide and portrait shots. It also runs Android 10-based One UI out of the box and has an 8-megapixel front-facing camera for selfies.

Finally, the phone is powered by a 4,000mAh battery (compared to the 5,000mAh cell in the Galaxy M11) and supports 15-watt fast charging over a USB-C port.