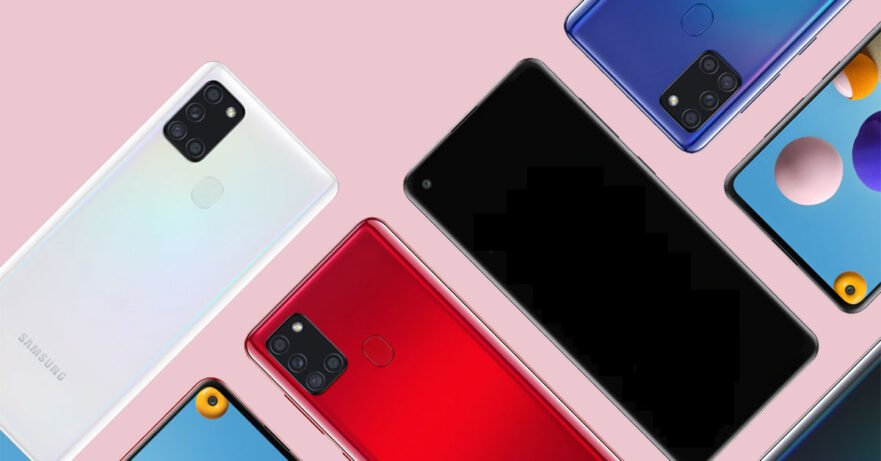 Samsung Philippines is set to release a bunch of new smartphones as the country eases into more relaxed quarantine protocols to limit the spread of the coronavirus. In particular, the Samsung Galaxy A11, Galaxy A21s, Galaxy A31, and Galaxy A41 are set to launch in the Philippines soon, though no exact date has been officially revealed yet.

(Update, June 21: Update for the A11! Read Samsung Galaxy A11 gets priced in the Philippines.)

This has been confirmed by a reseller familiar with the company’s local plans — and corroborated by the fact that the support pages for the said models are now live on Samsung’s local website, as we at Revü have spotted.

Another thing to note is that the devices have been launched elsewhere, so we already know what to expect, although the pricing and availability details for each phone are understandably still up in the air at the moment.

But anyway, let’s go over each new Galaxy smartphone to give you an idea of what these devices will offer once they become available in the Philippines.

Initially launched in Thailand alongside the Galaxy A31, the Galaxy A11 is Samsung’s latest entry-level handset. Its major selling points include a full-view 6.4-inch TFT LCD screen with a punch hole and a resolution of 1,560 x 720; a triple-camera setup comprising a 13-megapixel camera and 5- and 2-megapixel secondary sensors; and a 4,000mAh battery that supports 15-watt fast charging over USB-C. It is powered by an octa-core Qualcomm Snapdragon 450 chipset coupled with 3GB RAM and 32GB of internal storage.

Like the A11, the Galaxy A21s is another value-oriented handset aimed at young people and first-time smartphone owners. Locally, it should be one of the most affordable phones with an all-screen front, owing to its punch-hole LCD.

For taking pictures, it boasts a 48-megapixel camera on the back and a 13-megapixel selfie shooter. The Samsung Galaxy A21s also comes with ultra-wide, macro, and portrait lenses. Under the hood, it has an 8nm Exynos 850 chipset and a 5,000mAh battery with 15-watt fast charging.

The Galaxy A31 is an affordable midrange model powered by MediaTek’s Helio P65 chipset, which is supported by 6GB RAM and 128GB storage. It comes with quad cameras on the back, headlined by a 48-megapixel sensor, while the front-facing camera in the waterdrop notch on the AMOLED panel is 20 megapixels.

Considering its international pricing, the Samsung Galaxy A31 may sell for around P14,000 ($279) here when it releases.

Finally, there’s the Galaxy A41, which is also backed by MediaTek’s Helio P65. Interestingly, it packs a smaller AMOLED than the A31, and it has three rear cameras instead of four, omitting the macro sensor of its stablemate. Its selfie camera, though, is sharper at 25 megapixels. Other specs include a 3,500mAh battery with 15-watt charging; NFC; and an under-screen fingerprint sensor for quick unlocking.