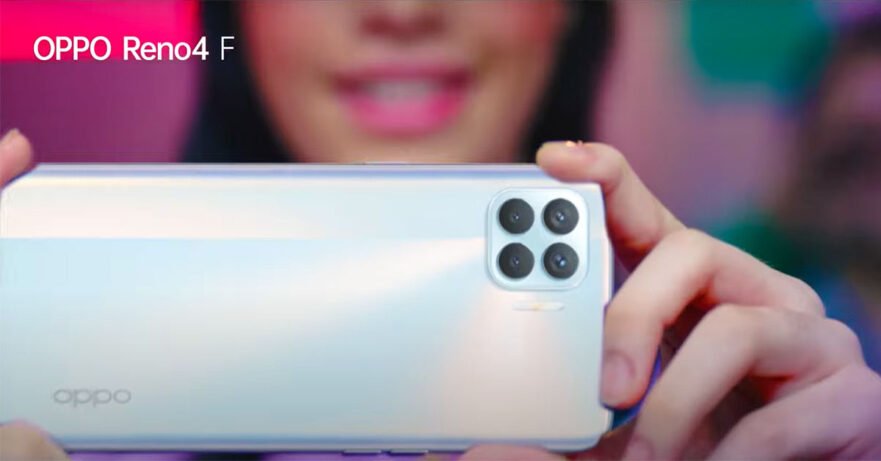 It seems that OPPO isn’t done with its Reno 4 series yet. Following the launch of the Reno 4 in international markets — including the Philippines, where the device is priced at P18,990 (around $392) — OPPO has uploaded teasers promoting the OPPO Reno 4F.

The model will be announced October 12 in Indonesia, and the company says it will be an “ultra-sleek” and “ultra-light” smartphone. Meanwhile, OPPO’s brand store on Shopee Indonesia has listed the Reno 4F with 8GB RAM and 128GB of internal storage. It will be available in black and white colors, according to the listing.

Just some of OPPO Indonesia’s teasers

Not much else is officially known about the upcoming device, but an Indian leaker has published a poster that confirms some of the OPPO Reno 4F’s key specifications.

The handset, which is seemingly a rebranded OPPO F17 Pro (in India) or OPPO Reno 4 Lite (in Europe), has a two-tone finish around the back and four camera lenses arranged in a square. One of the cameras will be capable of shooting a 108-megapixel picture, presumably with the help of software, and the camera system will be equipped with the company’s Ultra Steady Video technology for less-shaky footage.

The screen is Super AMOLED and includes a pill-shaped punch hole that houses dual front-facing cameras for a total of six cameras. The Reno 4F also gets a 4,000mAh battery that supports 18-watt fast charging.

There’s also a short YouTube clip featuring an OPPO Reno 4F unit in the wild ahead of its official announcement. The video, which we’ve embedded below, confirms the presence of an under-display fingerprint sensor.