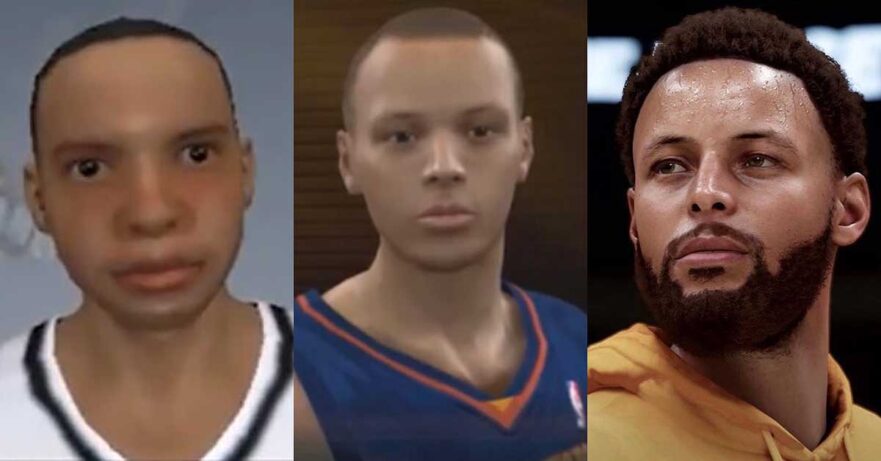 The next-gen version of NBA 2K21 is arguably one of the most anticipated sports titles in recent memory, probably since 2K came out with NBA 2K14 for PS4 and Xbox One, which were new at the time.

NBA 2K21 is expected to deliver a whole new level of visual experience, which is saying something considering how good the game looks on current-gen systems.

Just how much of an improvement graphics-wise are we looking at? Well, see for yourself.

That trailer, which, mind you, was put together using actual gameplay footage, looks absolutely incredible to say the least. It gave us as much goosebumps as the NBA 2K14 gameplay reveal then-Miami-Heat-superstar LeBron James starred in.

We can practically taste Steph Curry’s chewed mouthpiece from where we’re sitting. The sweat and skin detail, the jerseys, the arena lighting, the ray-tracing effects, the face scans and basketball unicorn Zion Williamson staring a hole through our bodies — NBA 2K21 is looking like an excellent showcase title for the Sony PlayStation 5 and Microsoft Xbox consoles.

Where we started vs where we are now via Ballislife

NBA 2K21 will be available at launch on the PS5 and Xbox Series X/S. Specifically, that’s November 10 for the Xbox Series X/S and November 12 for the PS5. It has a starting price of $70 (about P3,389 in Philippine pesos), up to $100 (P4,841) if you purchase the Mamba Edition of the game, which can be played on current- and next-gen consoles. The game is currently available on the PS4, Xbox One, Nintendo Switch, and PC.

In case you’re not familiar with the upcoming next-gen systems, the Sony PlayStation 5 will arrive in two variants. There’s the cheaper PS5 Digital Edition, which will be priced at $399.99 (P19,361) in the U.S., while the regular version with an Ultra HD Blu-ray disc drive costs $499.99 (P24,201). It will go on sale starting November 12 across seven key markets, including the United States, Japan, Canada, Mexico, Australia, New Zealand, and South Korea.

Preorders have already opened for both next-gen platforms from Sony and Microsoft in select markets. Local retailers are also expected to offer the consoles in the Philippines at some point after their respective launch dates.