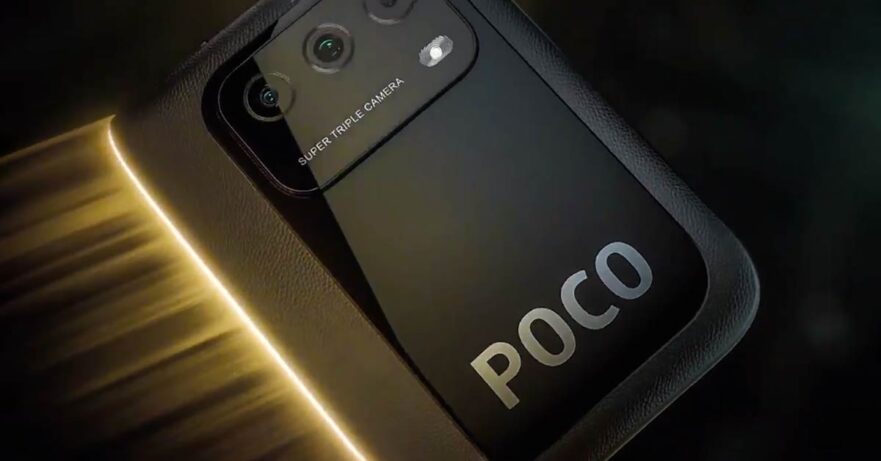 The POCO M3 will launch globally November 24. In fact, the upcoming budget phone from the former Xiaomi sub-brand is already listed at Xiaomi’s official brand store on Lazada Philippines, as we previously reported.

(Update, November 24: And the POCO M3 is official! See its price, two-day discounted deal, specs, and availability in the Philippines.)

The listings (we found two variants) only serve as placeholders at the moment, though. Neither contain the smartphone’s specs — and for good reason.

However, POCO has posted several teasers of the M3 in social media, confirming some of the handset’s specs and its design mere days before its official announcement. The teasers include a short video showing the phone at different angles, confirming earlier leaks that suggested an original design available in black and blue colors.

The POCO M3 will indeed sport a rectangular camera module with triple cameras and a rather-obnoxious POCO branding on the back. Earlier reports claim the main camera will include a 48-megapixel sensor.

The plastic rear panel has a textured finish, which will make it more comfortable to hold and operate. The side-mounted fingerprint scanner on the right has also been confirmed.

On the front, the M3 is going to feature a waterdrop screen, likely of the LCD variety. Based on POCO’s teaser, the display will probably be 6.53 inches, which will make it slightly smaller than the 6.67-inch panel on the POCO X3 NFC.

As for other specs POCO may have confirmed as of today, November 22, the M3 is supposed to get a Qualcomm Snapdragon 662 chipset under the hood, along with a 6,000mAh battery. The battery, rumors say, will support fast charging up to 18 watts.

The POCO M3 is likely launching in the Philippines alongside other markets where it will first become available. Are you planning on getting one once it hits local stores? Sound off in the comments, or let us know through our official Facebook page.