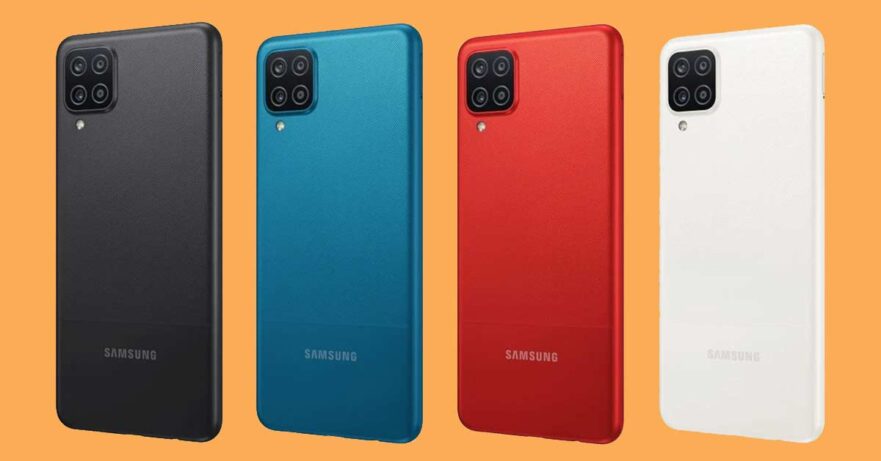 Now, we can finally say one of them — the A12 — will be released in the Philippines; we at Revü have spotted its support page on the Korean company’s local site. Unfortunately, we can’t see any user manual anywhere on the website, indicating that the phone’s launch won’t happen at any time soon. It could indeed be sold here in early 2021.

Available in black, blue, white, and red colors, the Samsung Galaxy A12 features a 5,000mAh battery with support for 15 watts of fast charging, a 6.5-inch Infinity-V screen, and a side-mounted fingerprint reader. Its 48-megapixel, f/2.0 main camera is assisted by 5-megapixel, f/2.2 ultra-wide and 2-megapixel, f/2.4 macro and depth sensors. The selfie shooter, on the other hand, is 8 megapixels.

As expected, Samsung didn’t mention the budget unit’s processor, but it’s believed to be MediaTek’s Helio P35, which is mated to as much as 6GB of RAM and up to 128GB of storage.