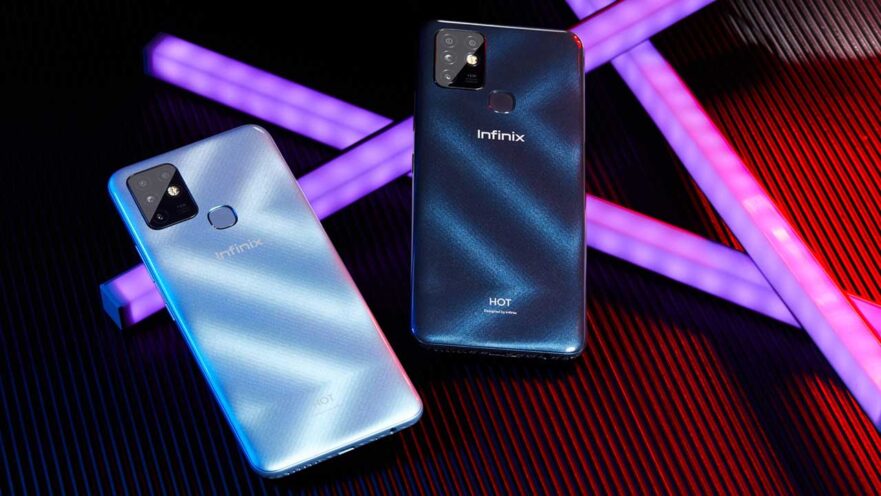 If you’re in the market for a budget phone with a gaming-capable chipset and long battery life, Infinix has something for you at its official brand store on Shopee Philippines.

The Hong Kong-based smartphone company has announced the upcoming arrival of the Infinix Hot 10 in the Philippines. Available in Obsidian Black, Ocean Wave, and Moonlight Jade colors, it will be released starting December 7 for a special “launch day” price of P5,490 (around $114 converted) online. Afterward, the phone will be priced at P6,990 ($145).

The Infinix Hot 10 is powered by a MediaTek Helio G70 processor backed by 4GB RAM and 128GB of native storage, which can be expanded up to 512GB using a microSD card. It also runs on a custom overlay based on Android 10.

You might recall that the Realme C3 is driven by the same chip. The Antutu score of our Realme C3 unit with less RAM (3GB) than the Infinix Hot 10 was 173,819. The Helio G70 offers similar day-to-day performance to the Qualcomm Snapdragon 665 used in many phones on the local market, but has the advantage in graphics-intensive apps, thanks to a more powerful GPU.

On the battery side of things, the Infinix Hot 10 has a 5,200mAh battery backup that is claimed to offer up to 38 days of standby life and 36 hours of talk time. It also comes with proprietary Power Marathon tech for better power management. Its single punch-hole screen is an LCD affair measuring 6.78 inches and offers HD+ resolution with 1,640 x 720 pixels.