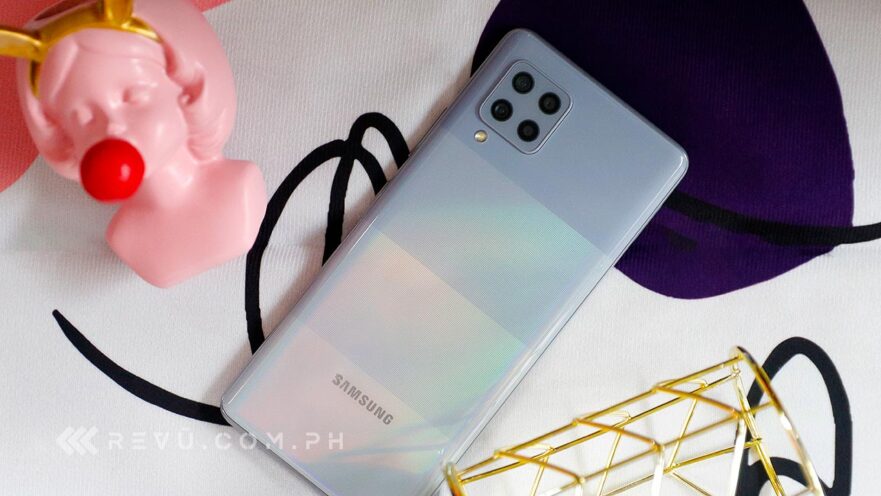 We’ve had the Samsung Galaxy A42 5G for a few days now, and so far, we’re feeling rather positive about the Korean company’s most affordable 5G smartphone in the Philippines, one of the first handsets equipped with a 5G-capable Qualcomm Snapdragon 750G chipset.

Our full review will drop in the next week or two. In the meantime, read our first impressions, check out our sample images shot on the phone, and view our unit’s benchmark scores, which should give you an idea of how it performs in the real world. But first, some important details.

The Samsung Galaxy A42 5G is priced at P19,990 (around $416) in the Philippines and available in Prism Dot Gray and Prism Dot Black colors. You can also purchase it through a Globe or Smart data plan, which we recommend if you’re going to be upgrading from a prepaid service, anyway.

Visually, perhaps the most captivating thing about the Galaxy A42 5G is its design. The back of the smartphone, which Samsung calls Glasstic (read: plastic that looks like glass), features a four-color gradient in hues of white, black, or gray, with a rainbow finish layered on top for extra fancy. It doesn’t feel as high-end as most 5G handsets on the local market, but given the price point compared with what you’re actually getting, there’s really no conversation here.

The rear also has a square camera housing with dedicated lenses for ultra-wide, portrait, and closeup shots, in addition to a 48-megapixel primary shooter with f/1.8 aperture lens. The camera module shares the same color as the rest of the body and exhibits only a minimal bump, unlike many other phones in the category.

The handset is fairly large but slim enough to be used single-handed if that’s what you’re accustomed to. And the weight isn’t a problem even when you’re operating the phone with one hand. The Samsung Galaxy A42 5G isn’t the most ergonomic out there, especially with edges that are more square than rounded, but its dimensions make for a device that’s pretty comfortable to use.

There’s also a headphone jack here, in case you need it for private listening or launching the included Radio app, which requires a wired headset to use as an antenna for FM stations. Another convenient feature is fast charging up to 15 watts over a USB-C port. With the fastest charging possible, it should take you around two hours to completely recharge a flat battery. The Galaxy A42 5G has a single speaker that sounds decent for its size.

The phone doesn’t support Samsung DeX, but Link to Windows is available if you need to connect the Galaxy A42 5G to your Windows 10 machine to view notifications, read and answer messages, and open apps on a secondary screen. It’s a convenient feature if you want to see all your personal and work alerts on one display. It’s only available on select Samsung Galaxy devices for now, although you’ll need a touch-enabled PC to interact with some apps.

Moving to the front, you get a 6.6-inch Super AMOLED display with HD+ resolution and a 60Hz refresh rate. The Samsung Galaxy A42 5G has a waterdrop notch and reasonably slim bezels all around. However, the low pixel density will be noticeable for users coming from a 1080p panel.

The AMOLED — while without always-on functionality — is bright, rich, and pleasant to watch videos on, and there’s Widevine L1 certification for HD content streaming on apps like Netflix and Amazon Prime Video.

The Samsung Galaxy A42 5G is the first Qualcomm Snapdragon 750G-based smartphone we’ve tested. It’s fabricated on an 8nm process, and similar to the Snapdragon 765G, it uses a Snapdragon X52 5G modem that supports mmWave and Sub-6 GHz spectrums.

That means the Galaxy A42 5G should be compatible with global 5G spectrum bands, including those used in the Philippines where the phone supports both Globe and Smart’s 5G networks. Plus, there’s Wi-Fi 6 connectivity onboard, perfect for households with Wi-Fi 6 routers and mesh systems.

5G speeds will vary widely by carrier and location, so you shouldn’t put so much thought toward speed tests, but know that 5G is much faster and more reliable than 4G, let alone 3G, and opens a new frontier of possibilities to create and enjoy content.

The Snapdragon 750G packs an Adreno 619 graphics chip that, according to Qualcomm, offers up to 10% faster graphics rendering compared with the Snapdragon 730G. Our Antutu benchmark result is comparable with that of the OPPO Reno 4 Z 5G, which packs a MediaTek Dimensity 800 chipset, although the OPPO feels much more responsive in general, owing to its 120Hz screen. The Snapdragon 750G in our unit is paired with 6GB RAM and 128GB of expandable storage.

As for gaming, the Samsung Galaxy A42 5G will run most apps at high frame rates, though Genshin Impact, which puts significant pressure on the system, won’t run smoothly at 60 fps, even when the graphics settings are set to Low. Cranking up the presets to Medium or higher will result in uneven gameplay.

We have yet to put the 5,000mAh battery backup through its paces, but our initial impressions are positive. The smartphone doesn’t eat into the battery life significantly when idle. In the PCMark battery test, which simulates common use cases, our unit registered 14 hours and 10 minutes with Wi-Fi turned on and at half brightness. That’s admirable, something we expected given the generous battery capacity.

Finally, we get to the camera. The quad-camera setup isn’t as versatile as other camera phones with a zoom camera, and the image quality of the 48-megapixel main sensor provides fewer opportunities for cropping in and retaining good detail due to pixel binning. Digital zoom extends the camera’s reach to 10x, albeit with a drop in picture quality.

The ultra-wide camera can be useful even in dark areas, even without a dedicated low-light mode. Speaking of, you can take brighter, crisper, and more contrasty shots with the main camera by switching to Night mode in the Camera app. But for most scenes, the default Photo mode will suffice.

You can also shoot in Samsung’s Single Take mode, which intelligently applies a variety of presets on an image to make it more visually appealing for social media. The results may or may not be to your liking, but looks are subjective, so you might as well give it a go. 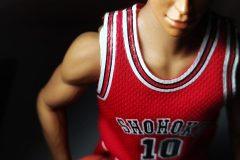 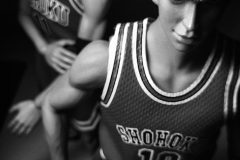 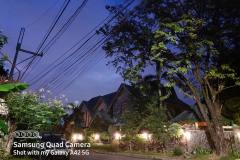 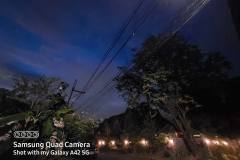 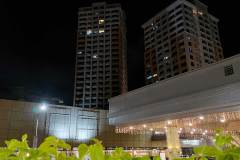 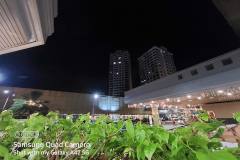 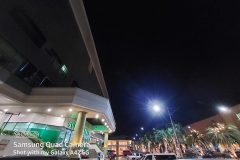 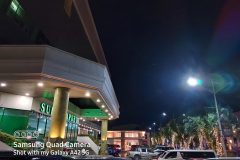 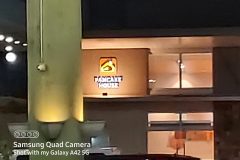 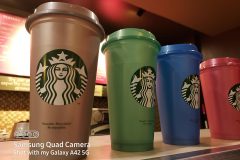 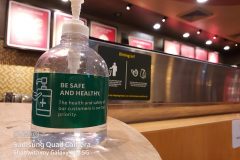 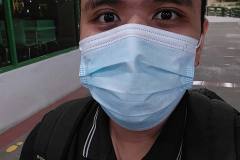 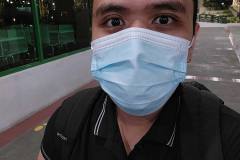 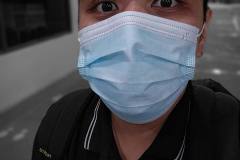 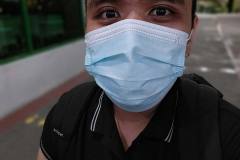 Video recording goes up to 3,840 x 2,160 at 30 frames per second, but 4K shooting doesn’t support video effects and Samsung’s Super Steady (read: software stabilization) feature. Unfortunately, there’s no option to record at 60 fps using any of the cameras on the front and back.

The front-facing camera has 20 megapixels and provides plenty of sharpness all around the frame. Its focal length is wide enough to fit more of the background or squeeze another person in the frame.

Live Focus is basically Samsung’s version of a bokeh mode, which blurs the background of an image to highlight the foreground or the main subject, and it works really well here. You can even adjust the level of blur, as well as the background effect, after the shot has been taken.

The Samsung Galaxy A42 5G is the company’s cheapest 5G smartphone yet in the Philippines, but we can’t say yet if it’s a better value than other 5G models out there. For example, you can get the OPPO Reno 4 Z 5G, which offers a faster and sharper screen and more RAM, for just P1,000 ($21) more. Then again, the Reno’s display is LCD, not Super AMOLED, so that has to count for something.

Also, while the Galaxy A42 5G may be lacking in a few places, the overall package seems really decent for the money. Not to mention, you can’t deny the appeal of an affordable 5G device from the world’s biggest smartphone brand. We’ll talk more about the Samsung Galaxy A42 5G in our full review in the coming days.