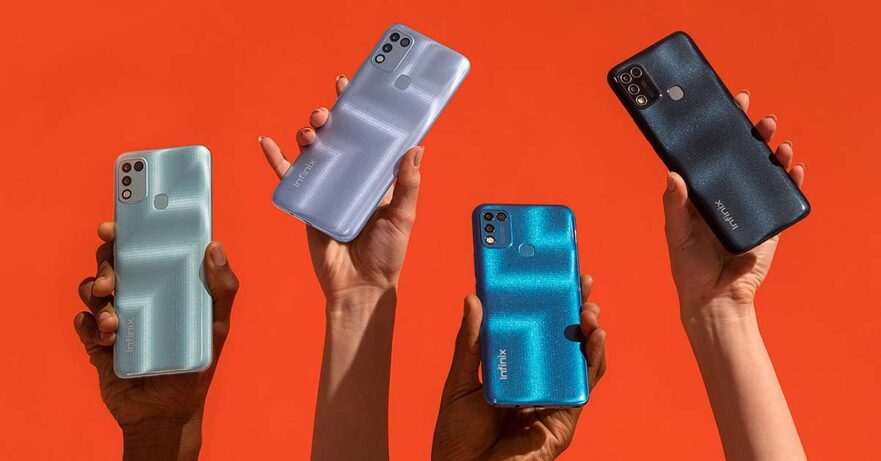 There’s a new budget phone in town. Hong Kong-based smartphone company Infinix has announced the Hot 10 Play for the local market with a sub-P5,000 (about $104) price tag and an octa-core MediaTek Helio G25 chipset running a XOS 7.0 on top of Android 10 (Go edition).

The Infinix Hot 10 Play will officially go on sale in the Philippines tomorrow, January 23, for only P3,790 ($79) during the Infinix Brand Day on Lazada. It has a suggested retail price of P4,299 ($89). The smartphone only has one configuration available — 2GB RAM paired with 32GB of expandable storage — and will be offered in Aegean Blue and Morandi Green colors.

The Hot 10 Play’s biggest selling point is its huge 6.82-inch HD+ LCD display with a claimed 90.66% screen-to-body ratio and a 20.5:9 aspect ratio. Though not the sharpest around, the panel should be decent for those who are after a bargain-basement streaming device, especially given its size.

Equally attractive is the 6,000mAh battery inside, which Infinix claims has a standby time of 55 days and offers 13.8 hours of continuous gameplay. Considering the power-efficient specs and impressive battery capacity, the phone’s average battery life should be at least two days.

The system also supports a power-saving mode with Infinix’s Power Marathon Tech that is said to add 19 hours of battery runtime when the phone is at 5% charge. There’s no USB-C port or fast charging here; the Hot 10 Play supports 10-watt charging over microUSB.

Other key specs of the Infinix Hot 10 Play smartphone include a rear-mounted fingerprint reader, dual back-facing cameras comprising 13- and 2-megapixel sensors, and an 8-megapixel selfie shooter.