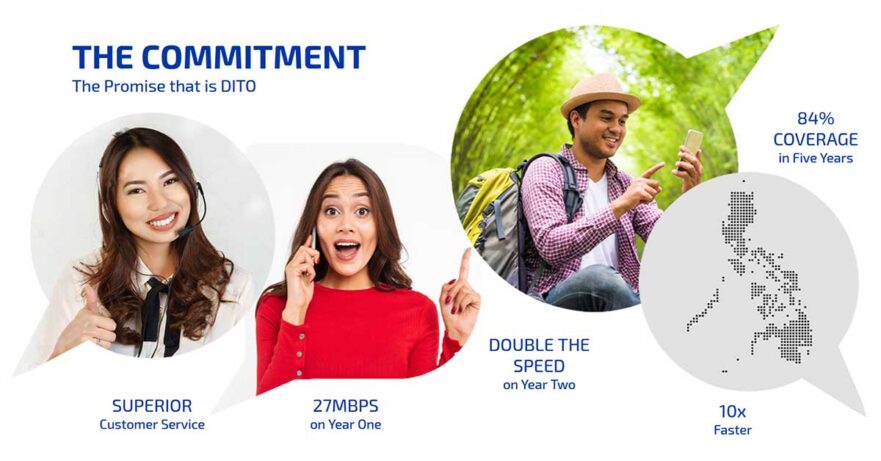 DITO Telecommunity, the Philippines’ third telecom operator, recently announced it will offer 4G and 5G services in the country beginning March 8, albeit in limited locations. Its networks will initially cover areas in Mindanao and Visayas, with the rollout expected to reach 17 key cities and municipalities including Cebu City and Davao City.

(Update, March 8: Where can you buy a DITO SIM card? How much is it? We answer these and more here!)

But how much will it charge for its services, that was the question for the company ahead of its commercial launch. In an advisory, DITO has revealed its Welcome Offer bundle to subscribers, and it’s surprisingly affordable.

It costs P199, or around $4 converted, and includes unlimited data and unlimited calls and SMS to other DITO numbers within a period of 30 days upon activation. You have until March 31 to activate the promo through the DITO app on your device. You can only activate it in the app, it seems. Presumably, DITO will launch Android and iOS apps, but we haven’t seen any on the Google Play Store and App Store. Not yet, at least.

LOOK: Third telco player DITO Telecommunity reveals on its website its ‘welcome offer’ ahead of the March 8 commercial launch.

The promo, which will run from Monday to end-March, will be available in select areas in Cebu and Davao. | @lisbetesmael pic.twitter.com/B3Fdh6jCdd

We haven’t seen the operator’s in-network rates. Similarly, DITO rates for calls and SMS outside of its networks haven’t been published, but it should cost more to communicate with Globe and Smart subscribers, per industry standard.

Recently, the duopoly challenger has released a list of areas where customers can enjoy its services.

Take note that more locations will be added as DITO continues to roll out its 4G and 5G infrastructure nationwide. There are currently around 1,900 DITO cell sites in the Philippines. The operator had targeted to cover 85% of the population with speeds of at least 55Mbps within its first five years of operation.