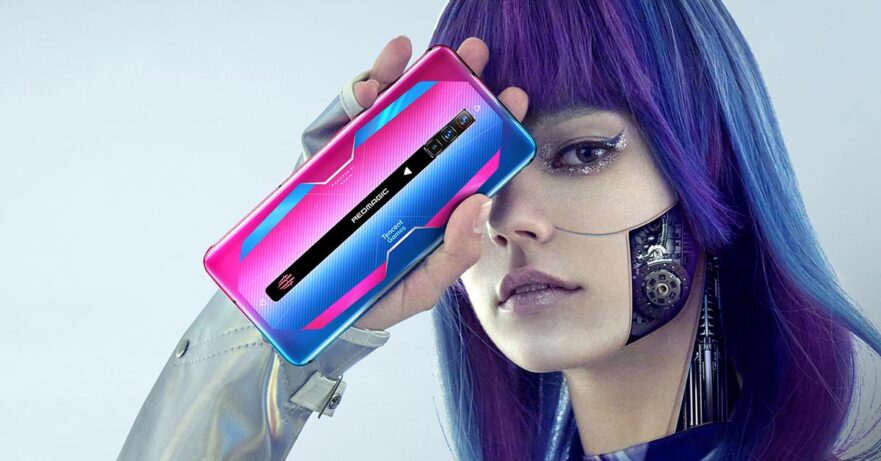 RedMagic has announced the Tencent Edition RedMagic 6 series for the Chinese market, with two new models in tow — the RedMagic 6 and RedMagic 6 Pro. Both arrive as the world’s first phones with a 165Hz screen. On top of that, the most premium model in the lineup is the first commercial phone ever equipped with 18GB of RAM. Crazy.

(Update, March 9: The series will go on sale in the Philippines soon!)

In case you’re not aware, RedMagic is the gaming-focused brand of ZTE subdivision Nubia and is one of the pioneers of the gaming-phone industry, its first release dating back to 2018. The original RedMagic phone launched with a Qualcomm Snapdragon 835 alongside 8GB RAM; had one camera at the back; and featured an FHD+ IPS screen that ran at 60Hz. Indeed, what a difference a few years make!

As one might expect, the RedMagic 6 and RedMagic 6 Pro offer the fastest internals available, running a custom Android 11-based overlay on a Qualcomm Snapdragon 888 and 66- or 120-watt fast charging depending on the variant, and — apart from color variations, obviously — their designs are virtually identical. Oh, and the LED light strip is back, as expected.

The RedMagic 6 series is priced as follows in China:

The first sales in RedMagic’s native China are set for March 11, with preorders already selling fast. The global launch will be livestreamed March 16, according to an email the company sent to us.

The Tencent collaboration brings certain benefits, including shorter loading times for apps developed by the company, such as WeChat and QQ. Games made by the developer should also perform better on the Tencent Edition, especially with Tencent’s Solar Core game engine preloaded onto the system. The game engine is said to improve game-response speed, frame-rate stability, and network latency.

As for the gaming specs, the RedMagic 6 series combines the Snapdragon 888 and 165Hz OLED display with an active cooling fan that spins at up to 20,000 RPM in the RedMagic 6 Pro, copper heat sinks coupled with the world’s thinnest vapor chamber at 0.33mm, and 400Hz Dual Pro capacitive shoulder triggers on the side. The panel also boasts up to 500Hz touch sampling with one finger, or up to 360Hz with multitouch.

The vanilla model has a 5,050mAh battery that supports fast charging at 65 watts, while the RedMagic 6 Pro downgrades the capacity to 4,500mAh to enable faster charging, up to 120 watts. RedMagic says the latter can reach 50% battery power after just five minutes plugged in. Speaking of which, both variants have a standard headphone jack.

For optics, the RedMagic 6 series is outfitted with triple cameras at the back, its main shooter sporting a 64-megapixel sensor and accompanied by ultra-wide and macro lenses.