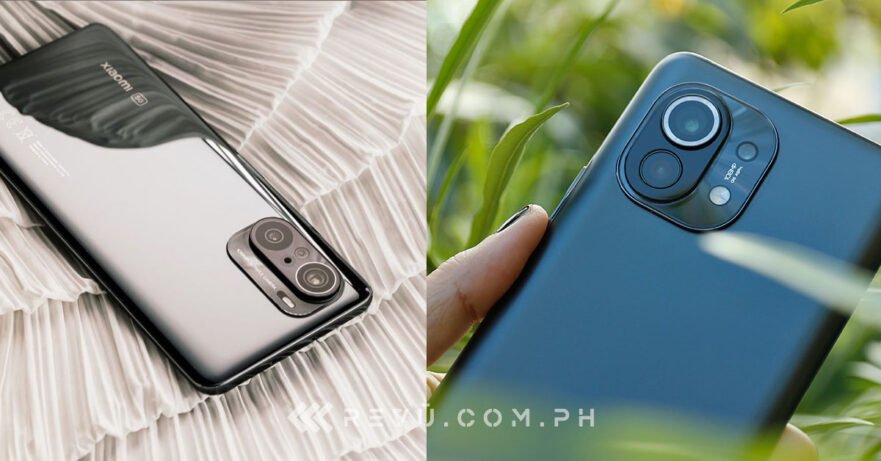 Xiaomi has launched a couple of new additions to the Mi 11 family, including the camera-centric powerhouse Mi 11 Ultra and trendy-looking Mi 11 Lite, which is available in 4G and 5G versions.

There’s also the Xiaomi Mi 11i, a rebadged Redmi K40 Pro Plus for international markets and a clear middle child between the Mi 11 Lite and Mi 11 Ultra. Celestial Silver (which looks similar to the OPPO Reno 5 5G‘s Galactic Silver option), Frosty White, and Cosmic Black, for those who prefer subtle, timeless designs.

It’s also a slight downgrade from the regular Xiaomi Mi 11, which officially retails at P36,990 (around $764) in the Philippines. In this article, we’ll compare the Mi 11 and Mi 11i because they share some of the same specs, but the latter arrives with a more palatable price tag.

Which brings us to this…

The Mi 11i is available in two storage options — 128GB and 256GB. The base model costs €649 (P36,996), while the higher-end configuration is €699 (P39,847). Regardless of which model you choose, you’ll get 8GB RAM and Android 11-based MIUI 12 right out of the gate. If you can spare some money, we highly recommend opting for the more expensive variant because the Mi 11i doesn’t come with a microSD card slot for storage expansion.

According to Xiaomi’s local arm, pricing and availability details for its newly announced products will be made available at a later date, but expect the Mi 11i to be cheaper in the Philippines than in Europe due to taxes and other fees, assuming it does end up here.

With those details out of the way, here’s how the new Xiaomi Mi 11i stacks up versus its pricier stablemate.