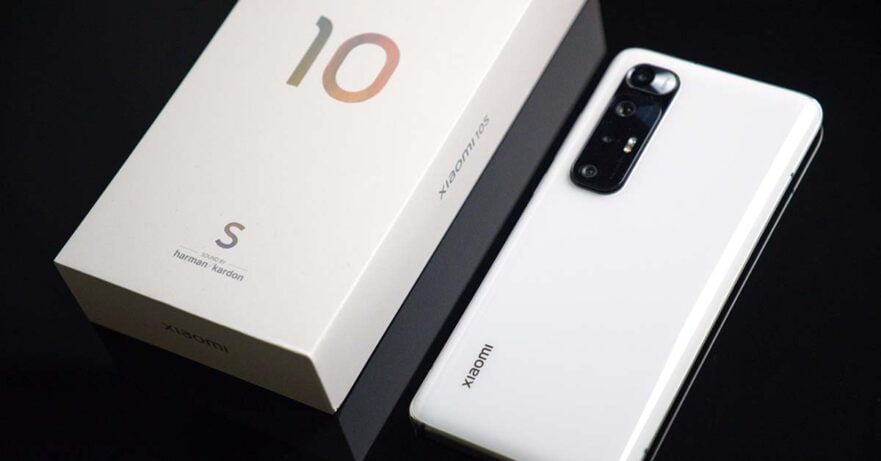 Xiaomi‘s flagship line last year just got a second lease on life, making it all the more relevant today even if the world’s third largest smartphone vendor already has the Mi 11 series.

The company has just launched the Xiaomi Mi 10S — basically an updated Mi 10 version — in China, making it only one of three smartphones that is powered by Qualcomm’s Snapdragon 870 at this time.

The high-end 5G chip is essentially a Snapdragon 865 Plus, but with higher clock speeds for both the CPU and GPU. Its high-performance Cortex-A77 core runs up to 3.2GHz, as compared with the Snapdragon 865’s 2.84GHz Cortex-A77 and the 3.13GHz Cortex-A77 in the Kirin 9000. Antutu benchmark scores we saw being shared on Chinese social media platform Weibo put the unit’s average rating at around 650,000. The one shared by Xiaomi is at 691,172.

The testing platform has this to say about the Mi 10S after placing reviewing it: “Part of what was impressive was how well the device performed in areas that are commonly the source of struggle — particularly in producing good bass and low-end extension, which had a carry-on effect in other areas, allowing for good tonal balance, bass precision, and punch. Timbre performance was great, with good midrange. This device also produced almost no artifacts in playback.”

The phone also comes with a 4,780mAh battery that supports 33-watt wired and 30-watt wireless fast charging, a 108-megapixel quad camera, a 20-megapixel selfie shooter, a 6.67-inch punch-hole AMOLED screen, and Android 11 on top of MIUI 12.