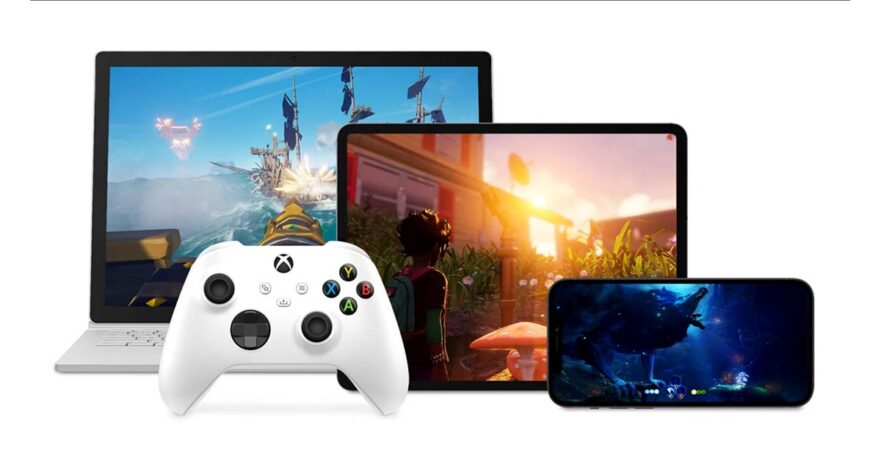 Microsoft has recently rolled out Xbox Cloud Gaming invite-only beta to Windows 10 PCs and Apple iPhones and iPads, allowing Game Pass Ultimate subscribers to play over 100 console titles on the go in their web browsers while avoiding lengthy downloads and annoying storage issues. As long as your internet isn’t terrible, it should work fine — or, at least, that is what Microsoft would like people to think once it has ironed out the worst kinks of the service.

Make no mistake, the cloud is the inevitable future for gaming. We at Revü were fortunate enough to get an invite to try out Xbox Cloud Gaming ahead of its public release. Currently, the beta supports Microsoft’s own Edge browser, as well as Chrome and Safari, and you can also access it using the Game Pass app for iOS devices.

It’s also worth noting that Game Pass’ cloud feature isn’t officially available in the Philippines, where we live. But as with many other streaming services, you can get away with a VPN, which we’ll get to in a moment. That said, the question on your mind might be: How is the service so far, especially considering our location?

The short answer is that the games are actually playable, but the compromises are often brutal. Similar to Xbox Game Streaming, which lets Game Pass Ultimate subscribers play console games on their Android devices from the cloud, Xbox Cloud Gaming suffers from poor graphics and the occasional stutters every now and then.

We also noticed there is a higher chance of a game crashing while recording gameplay footage. That’s probably because of the old Intel Core m3-based laptop we used in our early test runs. The experience wasn’t necessarily better on the 2021 Huawei MateBook laptops powered by 11th Gen processors from Intel, but at least we rarely experienced crashes while playing and recording the screen at the same time.

We used Edge and Chrome to try out the service and got mostly the same experience throughout. It seems your experience will largely depend on your internet speed and whether or not your country or region has access to Microsoft’s cloud-gaming servers. Apple discontinued Safari for Windows long ago, so we didn’t bother installing an older version just to test Xbox Cloud Gaming.

If you have a dual-band router, Microsoft suggests connecting to a 5GHz network for a smoother and more responsive experience. You also need to connect a physical controller to play games in your browser. Cloud gaming only supports one account and one controller at a time.

Do you need fast internet to enjoy Xbox Cloud Gaming?

Sort of. Microsoft recommends a download speed of at least 10Mbps for cloud gaming. That’s a lot less than what our local service provider offers, which is around 50Mbps on average. Even in the Philippines, hitting 10Mbps shouldn’t be a problem for modern internet services. Obviously, a stable connection is also fundamental to playing console-quality games in your web browser.

So why was our experience — at least in terms of video quality — bad? Two things: Location and server availability. Microsoft’s servers are probably too far away from our location to provide a decent gaming experience, which is expected. As Xbox doesn’t have a local presence in the Philippines, like many other countries in Asia, Microsoft’s cloud-gaming platforms are not officially available here. There’s likewise no support for Xbox hardware in the country at the moment. And it could take a while for that to change.

Even if our connection reached gigabit speeds, it likely wouldn’t have made a difference. You need a VPN for geo-location spoofing and fooling the service into thinking you’re in the United States to access Xbox Cloud Gaming on your PC, in case you get invited to the beta. You can disable your VPN as soon as you launch a game to save data if you’re on a free account.

One thing we can take away from our tests is that Xbox Cloud Gaming prioritizes higher frame rates over sharper graphics, reducing the resolution significantly if needed to deliver smoother gameplay. That’s fine if you’re playing a roleplaying game or a casual platformer, but if you’re playing a shooter or sports sim like NBA 2K21 or MLB: The Show where timing is everything, the low-quality visuals, combined with the random stutters, are a dealbreaker.

We wish we could try Xbox Cloud Gaming as Microsoft intended, but we do think there is something really promising here. The service offers a strong selection of games that will appeal to all kinds of gamers at launch, including AAA titles like NBA 2K21, MLB: The Show (which previously was a Sony PlayStation exclusive), Outriders, Forza Horizon 4, and GTA V.

It’s also still in beta, so expect things to get better as more servers are added and Microsoft continues to weed out bugs and performance issues in advance. Hopefully, local support is in the cards as well sometime in the future.

Game Pass could make Microsoft a game-streaming juggernaut, and introducing cloud gaming in browsers is the next big step after making it available on Android devices

When Microsoft introduced cloud-gaming platforms to Game Pass, we were skeptical at first, because we thought they wouldn’t get as much attention as the American tech company’s console-hardware business. The vision is clearer now: Game Pass could make Microsoft a game-streaming juggernaut, and introducing cloud gaming in browsers is the next big step after making it available on Android devices.

It seems like it’ll only be a matter of time before Game Pass becomes essential for just about every gamer — with or without an Xbox console.