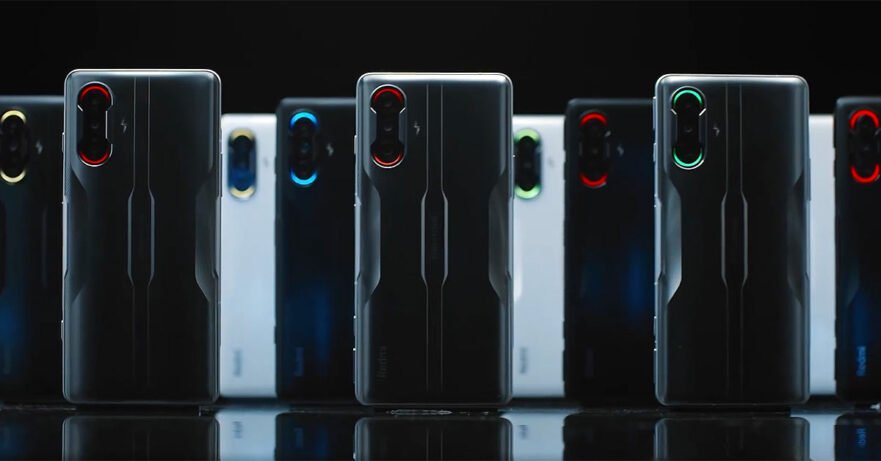 Xiaomi’s Redmi K40 Game Enhanced Edition is currently one of the hottest smartphones on the market, even though it’s only available in China (for now, at least), and you apparently won’t be able to install Google Mobile Services or GMS and Google apps on it.

But there’s perhaps even bigger buzz on the rumored POCO F3 GT, which is largely expected to be the international variant of the Redmi K40 Game Enhanced Edition, and therefore, fully supports Google apps like all other POCO phones before it. The F3 GT hasn’t been confirmed by either POCO or Xiaomi, yet it’s already listed online, albeit unofficially, as the internet recently found out.

POCO F3 GT found listed at online retailer site ahead of launch..
The POCO F3 GT’s listing at WelEletronics shows that it is priced at $1,299 (~Rs 95,000).
The smartphone is expected to arrive in India with a pricing of around Rs 25,000 (~$341).#POCOF3GT #POCOF3 #TechNews pic.twitter.com/WEQFbRWmBV

The supposed POCO F3 GT is identified with the model number M2104K10I. In case you’re curious, the model number of the Redmi gaming phone is M2104K10C. The price of the F3 GT listed by retailer Welectronics is $1,300 (around P62,374). That’s a crazy-high markup given the original’s local price. In China, the Redmi K40 Game Enhanced Edition is officially priced as follows:

As for the specs, the POCO F3 GT is largely believed to mirror the specs and features of the Redmi gaming phone, and that may just be the case based on what is listed on the Welectronics website.

Like the Redmi K40 Game Enhanced Edition, the POCO F3 GT sports a 6.67-inch OLED screen with a 120Hz refresh rate and Gorilla Glass 5 protection. It will be powered by a MediaTek Dimensity 1200 chipset mated to at least 6GB RAM and 128GB of expandable storage. Its 5,065mAh battery supports 67-watt fast charging.

Expect the POCO F3 GT to have a side-mounted fingerprint scanner, but it’s unclear whether the device will come with real trigger buttons like the Redmi K40 Game Enhanced Edition. It might come with a 16-megapixel front-facing camera, while its rear setup may include a 64-megapixel main camera, an 8-megapixel ultra-wide shooter, and a 2-megapixel sensor for macro.