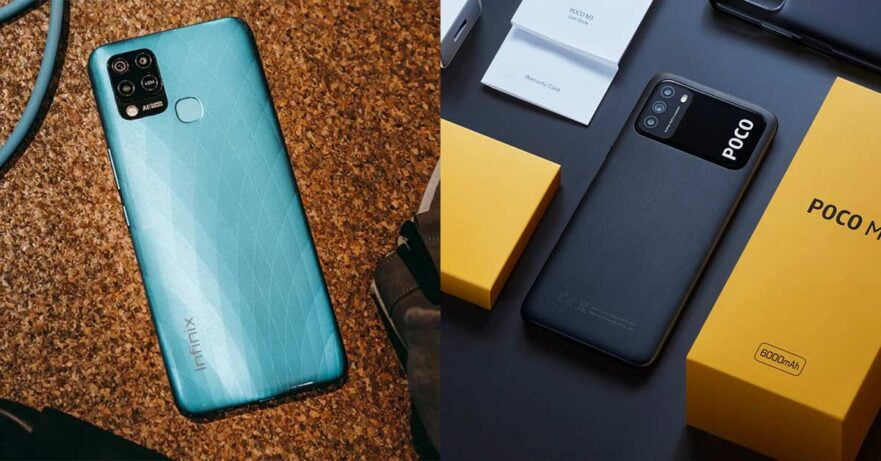 Similar to the Hong Kong-based brand’s other devices, the Hot 10S features solid specs for a budget phone. However, the inclusion of the gaming-oriented MediaTek Helio G85 platform, a sizable 90Hz screen, and a whopping 6,000mAh battery put it over the top among many of its peers in the category.

Speaking of its peers, you may be wondering how the Infinix Hot 10S stacks up against Xiaomi‘s POCO M3, which is one of the most popular choices in its price segment. See the table below for a brief — but helpful — specs comparison.

Starting with the processor, the Infinix Hot 10S is powered by a slightly faster MediaTek Helio G85 chipset, which delivers higher benchmark scores on average, compared to the Qualcomm Snapdragon 662.

The Hot 10S also packs a larger display with a higher refresh rate, though it should be noted that the screen of the POCO M3 operates at full resolution and is one of the best panels you’ll find on a low-level handset. The Infinix likewise offers more RAM and the same amount of built-in storage for less money.

Elsewhere, it’s largely a tie, with both phones offering a 48-megapixel triple-camera system and a 6,000mAh battery, though the M3 supports 18-watt fast charging over a USB-C port. The Infinix tops up using a microUSB interface and at a slower rate.

If you are to choose between the two handsets, which one will you pick? Let us know on our Facebook page!