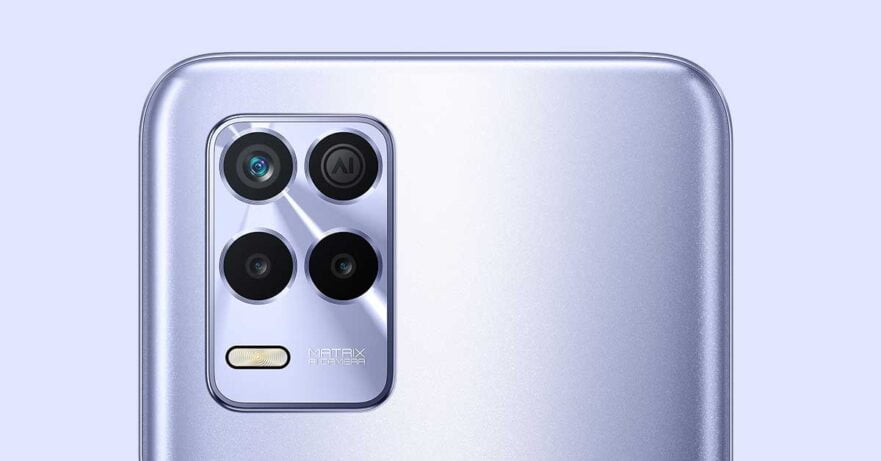 It’s confirmed: Realme will launch the first smartphone in the world to use a MediaTek Dimensity 810 5G chip. And the unit in question is said to be the Realme 8s.

(Update, September 9: The Realme 8s 5G has been launched as the world’s first Dimensity 810 5G phone!)

Recall that the Dimensity 810 was announced alongside the Dimensity 920 almost three weeks ago. It’s a 6nm-based SoC that the chipmaker says offers “Arm Cortex-A76 CPU speeds up to 2.4GHz, premium camera features including artistic AI-color in collaboration with Arcsoft, and advanced noise-reduction techniques for superb low-light photography.”

SEE ALSO: Realme 8i design, specs leak out ahead of launch

Now, while Realme stopped short of mentioning the name of the phone, there was already a leak that came out last month claiming the existence of a Dimensity 810 5G-powered Realme 8s, even before the processor became official.

Another First has been added to the long list of #realme!

Our latest Smartphone will be featuring the World’s First @MediaTekIndia Dimensity 810 5G Processor for an epic performance.

According to the report, other specs of the Realme 8s include a 6.5-inch screen with a 90Hz refresh rate, a 64-megapixel triple rear camera, a 16-megapixel selfie sensor, a 5,000mAh battery with support for 33 watts of fast charging, Android 11-based Realme UI 2.0, up to 8GB of RAM with the option to get 5GB more virtually, and as much as 256GB of storage.

There are even renders to go along with the Realme 8s specs leak. And you can find one of them below — besides the one we used as the feature image in this article, of course. You can find the rest here.