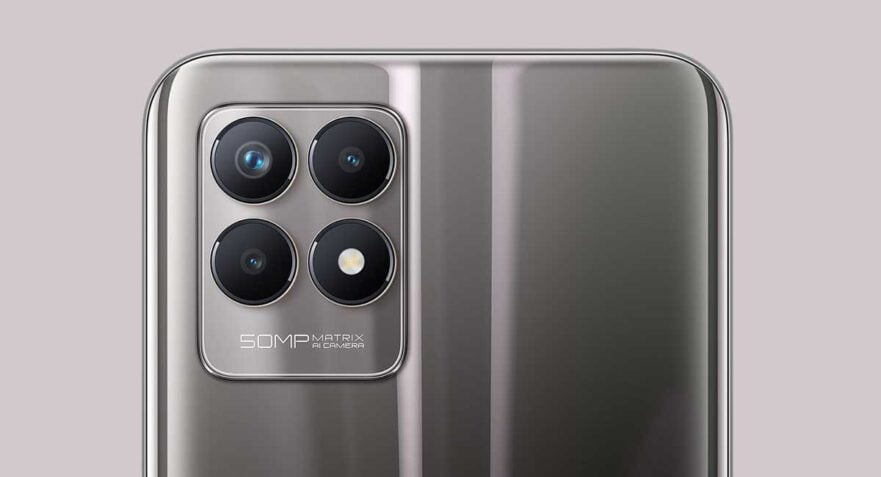 This just in, squad! The Realme 8i (and possibly Realme 8s) could debut sooner than later.

And if the leaks are to be believed, its design might be reminiscent of the standard Realme 8 minus the “Dare to Leap” branding. It could be the first phone powered by the MediaTek Helio G96 as well. Recall that the Realme 8i and Realme 8s were both teased by the company’s India and Europe CEO, Madhav Sheth, during a recent interview.

As the name suggests, the 8i will be the successor to last year’s Realme 7i, which came with a 90Hz display and a Qualcomm Snapdragon 662 chipset coupled with 8GB of RAM and 128GB of internal storage. It featured a 5,000mAh battery with 18-watt fast charging over USB-C as well. In the Philippines, the phone was originally priced at P11,990 (around $236 converted).

For the price, it felt underwhelming, especially considering its HD+ touchscreen and not-so-nippy processor. Assuming the rumored specs are accurate, the Realme 8i should remedy its predecessor’s miscues.

The device is rumored to pack a 6.59-inch FHD+ LCD display with a 120Hz refresh rate. Interestingly, it is also said to sport a 50-megapixel main sensor and a 5,000mAh battery that supports fast charging, just like the recently announced Xiaomi Redmi 10.

SEE ALSO: Realme 8 5G review: A budget 5G phone that takes good photos and Realme 8 or Realme 8 Pro: Which one is for you?

Other rumored specs include a 16-megapixel selfie camera; a 3.5mm headphone jack; at least 4GB of RAM and 128GB storage; and Realme UI based on Android 11.

As for the Helio G96, the latest G series chip has two Cortex-A76 cores operating at up to 2.05GHz and six Cortex-A55 efficiency cores at 2GHz, same as the Helio G95.  Oddly, the Helio G96 downgrades to a Mali-G57 MC2 GPU from the Helio G95’s Mali-G76 MC4. So in terms of graphics performance — at least on paper — the Realme 8i might not be on a par with its rivals.

We’ll know for sure when the smartphone becomes official. For now, take everything with a grain of salt.