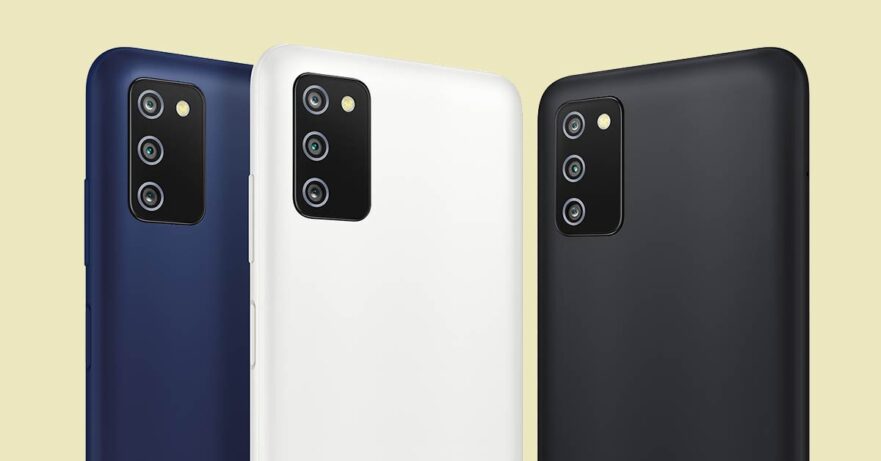 Just this week, Samsung announced a new entry-level A series smartphone in the dual-SIM Samsung Galaxy A03s. And guess what? We can confirm that it will be available in the Philippines soon.

(Update, August 27: The Samsung Galaxy A03s price is finally up!)

The Galaxy A02s successor has been listed on Samsung’s local website. The variant that will launch here has 4GB of RAM and 64GB of expandable storage and comes in Blue, Black, and White colors. Domestic pricing hasn’t been announced yet, but we expect it to sell for around P6,990, same as its predecessor. In India, the 4GB/64GB model of the Galaxy A03s is priced at ₹12,499 (P8,434 or $169 converted).

To recap, the Samsung Galaxy A03s brings a 6.5-inch HD+ TFT screen with a 20:9 aspect ratio. It runs Samsung’s One UI 3.1 on top of Android 11 on an octa-core MediaTek Helio P35 SoC. The other notable spec here is a sizable 5,000mAh battery that charges over USB-C, unlike the previous model. Given its battery capacity, the A03s should last at least two days with moderate use.

The phone also packs triple rear cameras headlined by a 13-megapixel camera with an f/2.2 lens. The primary shooter is joined by a pair of 2-megapixel sensors for macro and portrait shots. On the front, the V-shaped notch houses a 5-megapixel cam with an f/2.2 aperture. The Galaxy A03s sports a side-mounted fingerprint reader, too.