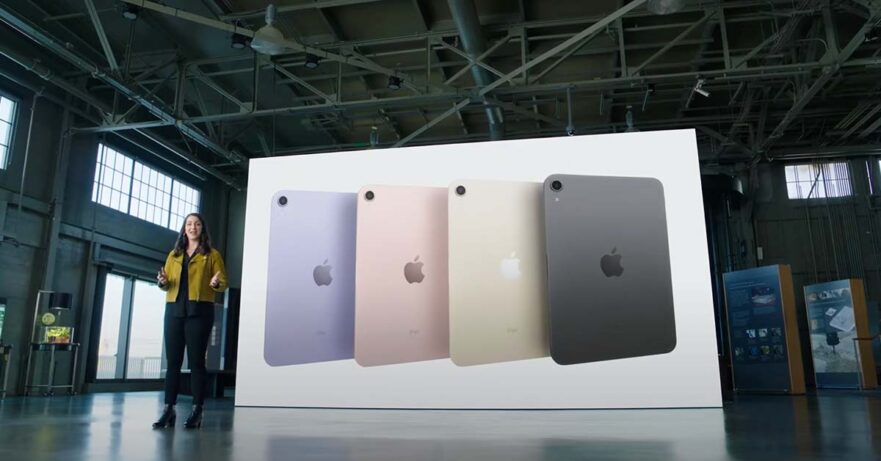 In addition to the iPhone 13 lineup and the Watch Series 7, Apple has announced two new additions to its growing iPad family, namely the new entry-level iPad and sixth-gen iPad mini.

(Update, October 6: The 2021 Apple iPad mini is finally available in the Philippines!)

The latter is the first iPad mini refresh in years and introduces several notable upgrades, including an overhauled design with flat edges and rounded corners to bring it up to par with the current iPad Air and iPad Pro. So while it retains the same overall footprint as the previous model, the latest mini now sports a larger 8.3-inch Liquid Retina display with a 2,266 x 1,488 resolution. It also offers 500 nits of peak brightness, as well as support for the second-gen Apple Pencil.

Available in Space Gray, Pink, Purple, and Starlight colors, the 2021 iPad mini ships in select countries and regions, excluding the Philippines, starting September 24. It is priced as follows locally:

The iPad mini is equipped with Apple’s new 5nm A15 Bionic chip that has a five-core GPU and offers 5G data on the Wi-Fi + Cellular variants. Apple says the A15 brings an impressive 80% jump in graphics performance compared to the A12 in the previous model. The physical home button with Touch ID sensor is gone, though the fingerprint reader has been retained and embedded into the power key on the top edge of the tablet.

At the back, the smallest iPad features a 12-megapixel camera with True Tone flash and a wider f/1.8 aperture lens. The front-facing camera is also 12 megapixels, but sits behind an ultra-wide lens.

All iPad mini models will deliver up to 10 hours of battery life while surfing the web on Wi-Fi or watching a video. They charge over the more widely adopted USB-C standard, making it easier to charge if you already own a USB-C phone, laptop, or camera. Like the iPhone 13 series, the revamped Apple iPad mini boots iOS 15 out of the box.