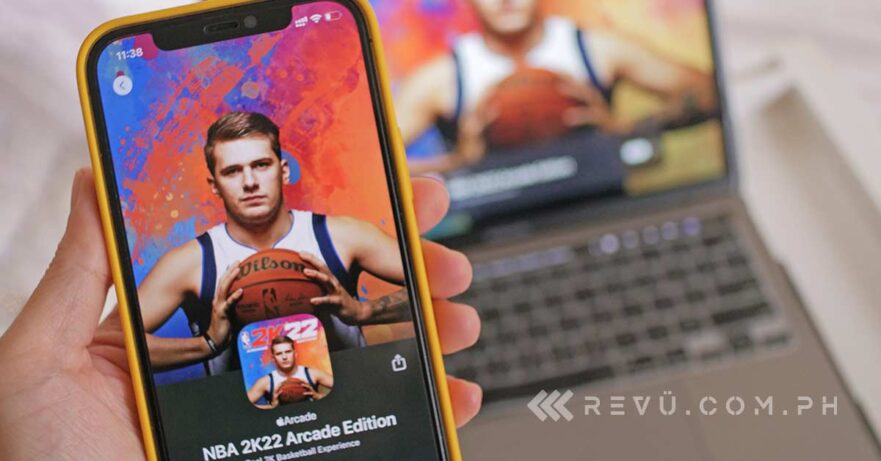 Just in time for the tip-off to start a new NBA season, NBA 2K22 Arcade Edition has been released on the App Store for Apple devices, including MacBooks and Mac desktops.

And like its predecessor, the game is only available through an Apple Arcade subscription — at least for the time being. That means Android owners are once again getting the cold shoulder from developer 2K. Bummer.

It requires about 3.8GB of storage on iPhones, while 6.3GB is required on other devices. Additionally, you’ll need a unit running the following to play:

A subscription costs $4.99 monthly (or P249 if you live in the Philippines), and although we never liked the idea of keeping a subscription to play our favorite mobile games, Apple’s Netflix of mobile gaming does have a bunch of interesting games on offer. Not to mention, its catalog will only grow with time.

As for the game itself, NBA 2K22 Arcade Edition unsurprisingly stays true to its namesake, offering a watered-down NBA 2K experience that delivers the authentic visuals of its console and PC counterpart, but painfully lacks the sounds to compliment the action on the screen.

There’s no color commentary or other touches to accentuate the original game’s TV-presentation style. And you don’t get MyTeam, MyNBA, The W, and, understandably, the depth and customizability of MyCareer for other platforms.

Still, NBA 2K22 Arcade Edition does look and play great, certainly worthy of an install if you are already paying for Arcade. It’s a game basketball fans will enjoy while they’re away from their console or PC.

Here are our quick takeaways from the few hours we spent playing it.