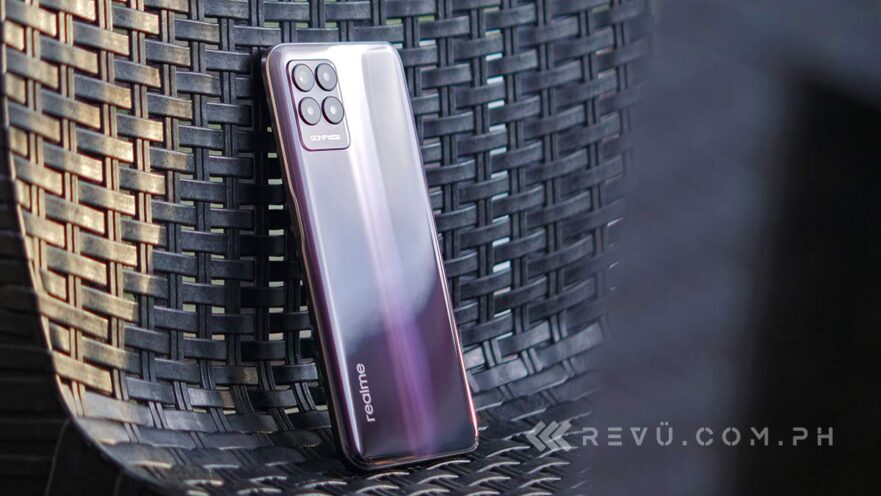 Realme Philippines isn’t done with the 8 series yet, and the latest iteration in the company’s number lineup promises big things for price-conscious users who still want a snappy smartphone.

The newly launched Realme 8i brings a fast display along with a MediaTek Helio G96 4G chipset and a 50-megapixel camera, all for under P10,000 (roughly $199 converted) at retail.

That’s starting tomorrow, by the way. So if you need to decide now — or soon — read our review of the Realme 8i to find out if the brand’s latest budget contender is worth your money or just another aggressively priced smartphone that fails to stand out.

It has been more than a year since the Realme 7i launched, so it should come as no surprise that its follow-up looks quite different from what came prior. In fact, the Realme 8i resembles the Realme 8 5G more than it does its predecessor, which features a rear-mounted fingerprint reader and a more rectangular camera module carrying four cameras, including a 64-megapixel image sensor and a dedicated ultra-wide-angle option.

The 8i ditches both, surprisingly, opting instead for a 50-megapixel unit alongside a pair of sensors for mono/portrait and macro photography. While the phone looks as though it has four cameras at the back, it actually only has three.

There’s still a fingerprint reader on the body, except it’s now embedded into the power key for faster unlocking and located on the side of the frame. The up and down volume buttons sit on the left side, just below the triple card slot that supports two 4G SIM cards and a microSD.

As you can see, our unit is the Space Black color variant, but the Realme 8i is also available in an equally glossy Stellar Purple colorway. Both are slippery in the hand and attract a lot of fingerprints, so we recommend using the bundled silicone case out of the box for some peace of mind.

It’s also worth mentioning that the color of the Space Black variant is actually closer to silver or gray than all black, which lends the back of the phone a nice gradient coloring in the right light. One-handed usage is a bit of the question, especially with the case on, due to the phone’s 6.6-inch screen size and rather generous 5,000mAh battery.

As expected, you’ll find the USB-C charging port and single speaker grill at the bottom. The Realme 8i supports fast charging up to 18 watts with the included charger, and there’s a headphone jack here if you need to connect a set of wired earphones. The Realme 7i also ships with a 5,000mAh battery that can hit 18 watts, so nothing has changed there.

The display is a different story, though. Besides upgrading the front real estate a bit, Realme has introduced a couple of significant upgrades on the screen front. The 8i comes with FHD+ resolution — a clear improvement over the 720p affair we have on the 7i.

Realme claims a screen-to-body ratio of 90.8%, which is commendable in this price range, but also expected given the punch-hole selfie camera. The rated peak brightness of 600 nits is another welcome spec, allowing you to use the phone outdoors under bright conditions. We had no problems using our unit outside, although it’s nowhere near as bright as the OLED screens on more premium devices.

Importantly, the 8i boasts a display that operates at up to 120Hz, double the rate of traditional screens, and offers a touch-sampling rate of 180Hz. For context, the refresh rate of the 7i maxes out at 90Hz. The higher the refresh rate, the better, as a faster screen not only allows for smoother motion and less lag in apps that allow higher frame rates, but also reduces eye fatigue.

However, as is always the case with bargain-basement devices, there is no setting here to force the display to run at 120Hz all the time; instead, it will switch between 30Hz, 48Hz, 50Hz, 60Hz, and 90Hz/120Hz depending on what you’re doing. If you’re viewing a static image, say, a picture, the refresh rate will automatically be set to 30Hz. During gameplay, the screen will run at as high as 60Hz, although it bumps up to 90Hz or 120Hz while you’re navigating the system UI.

The picture quality is above average for an LCD on this price level and noticeably better than what most competing devices offer. And even if the Realme 8i won’t go above 60 fps when playing games (negating the advantage of its 120Hz display), the higher refresh rate definitely makes a difference when scrolling and swiping between screens.

For taking pictures, the Realme 8i incorporates a 50-megapixel main camera at the back, plus two sensors for mono/portrait and macro shots. The primary camera uses pixel binning to take better images and saves 12.5-megapixel images by default. 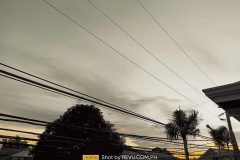 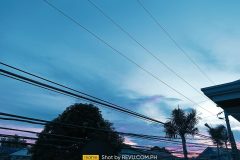 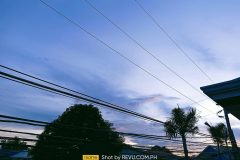 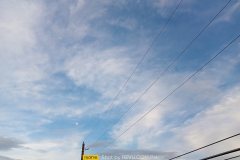 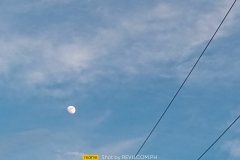 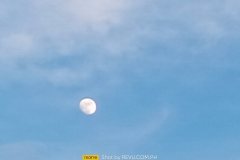 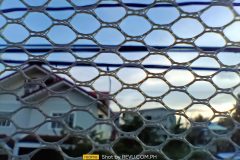 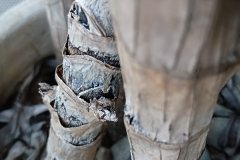 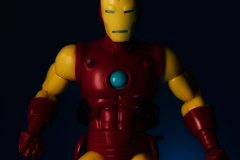 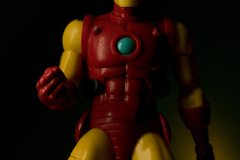 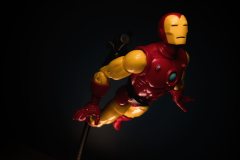 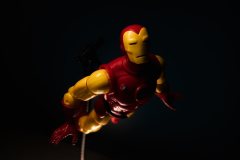 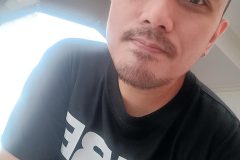 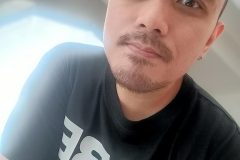 A few sample shots. Click on a thumbnail to launch the gallery

Daylight performance is good, but we also noticed that the phone will automatically sharpen photos after the fact, perhaps to compensate for the lack of background detail in most of our shots. You can snap full-resolution pictures in ideal lighting, and doing this will improve the overall detail of images at the cost of a larger file size. And, in case you haven’t noticed, you don’t get an ultra-wide camera on the Realme 8i.

When snapping images of still objects in low light, switching to Night mode will give you a brighter and clearer output. You’ll see an AI toggle at the top of the default Camera app, and when enabled, the handset will identify what you are shooting and make adjustments in the camera settings as needed.

Macro mode lets you shoot objects at close range. Of course, the Realme 8i has a Manual mode as well, to allow novice or professional photographers to take full advantage of the 50-megapixel sensor and capture RAW files for greater versatility in post production.

The selfies we took with the Realme 8i’s 16-megapixel camera were decent, and portrait selfies generally displayed good separation between the subject and the background.

Video recording tops out at 1080p for the front and rear cameras. Optical image stabilization isn’t available on any of the lenses/sensors, though Realme does provide an Ultra Steady mode to help digitally stabilize your footage.

The Realme 8i is powered by a 12nm MediaTek Helio G96 chipset, which succeeds older G90 series chips, including the G90T and G95. However, compared to the G95, the newer SoC steps down to a Mali-G57 GPU from a Mali-G76 unit. And while that seems to have remedied the overheating issue of the G95, it has also dragged down the graphics capabilities of the G96, resulting in lower frame rates and reduced performance while gaming.

Don’t get us wrong; the 8i is still a good performer among its peers. It’s certainly a more powerful device than the Qualcomm Snapdragon 662-based 7i and manages to hold 60 frames per second better than its predecessor in certain games. Additionally, the smartphone provides a much smoother all-around experience, in part thanks to its 120Hz screen. 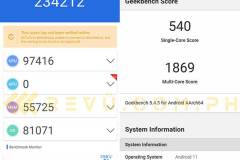 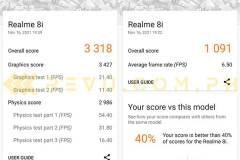 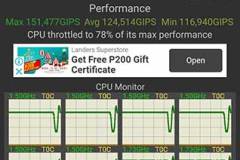 If you need that extra power when multitasking, you can activate virtual RAM in the Settings app. It is set to 2GB by default, but you can bump it up to 3GB or 5GB (on the top-end variant) at the cost of storage.

The Realme 8i includes a 5,000mAh battery backup, which, coupled with the modest internals, should easily get you through an entire day of online meetings or an all-night binge on Netflix on a full charge. In real-world use, our review unit stands up well to our expected usage time of one and a half to two days between charges. Using the supplied 18-watt charger takes around two hours and 30 minutes to fully top up the handset.

Like the more powerful — and pricier — models in the Realme 8 series, the Realme 8i provides credible performance for not a whole lot of money. Its biggest attraction is its performance anchored by a fast, infinitely smooth display and a capable chipset. The corner-mounted cameras on both sides are a plus as well, despite the absence of an ultra-wide shooter.

With a starting price of under P10,000 ($199) for the base model with 4GB RAM and 64GB of storage, the Realme 8i is a great budget option. If you need 5G data, you should also strongly consider the Realme 8 5G, which has a slower display but a faster chip for around the same money.