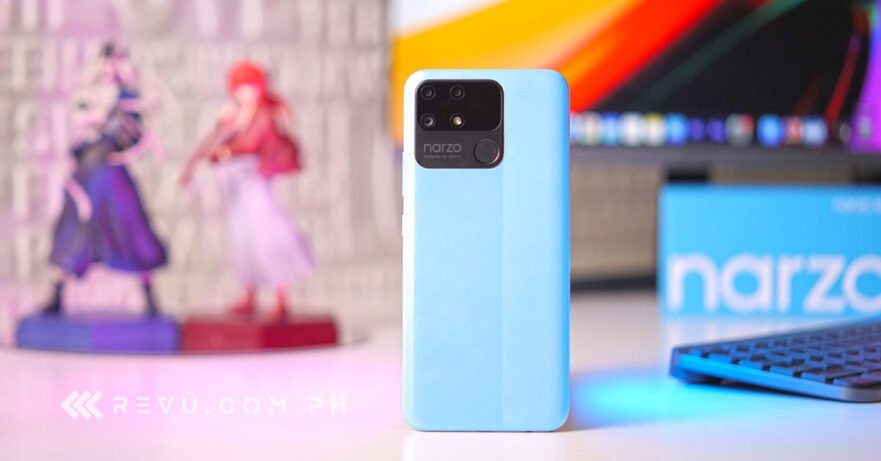 This just in: Realme has announced that its newest “entry-level gaming champion,” which was just launched worldwide alongside the Realme GT Neo2, will be coming to the Philippines.

(Update, November 7: Should you buy the Realme Narzo 50A? Check out its top features here!)

The Realme Narzo 50A will arrive in the country with a suggested retail price of P7,990 (roughly $158 converted). However, if you buy the phone during its initial sale on November 11, you can get it for P1,000 ($20) off the SRP, bringing the price down to P6,990 ($138) for a limited time. In the Philippines, the Narzo 50A will be offered in one configuration: 4GB RAM paired with 64GB of expandable storage.

Available in Oxygen Green and Oxygen Blue, the Realme Narzo 50A is set to go on sale during the brand’s 11.11 mega sale on Lazada Philippines.

Change the way you play with the all-new narzo 50A!
💪 MediaTek Helio G85 Gaming Processor
📸 50MP AI Triple Camera
🔋 6000mAh Massive Battery
Get this on Lazada 11.11 Sale and get P1,000 OFF!
Add to Cart Now! 👉 https://t.co/HnHutmiF5o#YourEntryLevelGamingChampion #realmePH pic.twitter.com/U4GLDYFXca

Like previous Narzo smartphones, the 50A is aimed squarely at young gamers, sporting a MediaTek Helio G85 chipset, a sizable 6.5-inch display, and a 6,000mAh battery that supports several power-saving options, including Sleep Standby Optimization, Screen Battery Optimization, Super Power Saving Mode, and App Quick Freeze. The latter can be enabled to intelligently freeze apps that you don’t use often to lessen background app-power usage.

Another highlight is 18-watt fast charging over a USB-C port. The Narzo 50A also has reverse charging, if you need to top up your secondary phone. Last — but certainly not the least — Realme’s latest budget handset packs a 50-megapixel rear camera with f/1.8 aperture lens and phase-detection auto-focus. We’ll have more of the device tomorrow at the earliest.