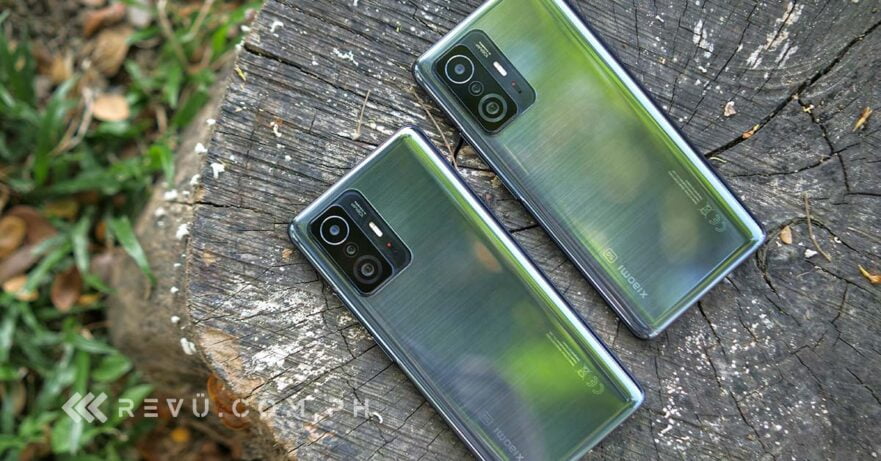 Xiaomi recently launched the new 11T and 11T Pro high-end smartphones in the Philippines, alongside the midrange Xiaomi 11 Lite 5G NE. In case you missed the announcement, they’re the first smartphones without the Mi branding, which the company cut off after a decade under the spotlight — and on the backs of its handsets.

(Update, June 18: Is the Xiaomi 11T series still a good buy in 2022, especially with the current price drop? We revisit the phones here!)

That being said, the 11T and 11T Pro sort of mark a new chapter for Xiaomi. Is it a memorable one? And which 11T series phone should you buy and why? We answer these questions and more in our review of the Xiaomi 11T series.

First, let’s talk about local pricing. In the Philippines, the 11T and 11T Pro carry the following price tags:

The standard Xiaomi 11T and its Pro stablemate share virtually the same chassis composed of a sturdy aluminum frame, Corning Gorilla Glass Victus — the most durable type of Gorilla Glass for smartphones out there — on the front, and regular yet slightly tapered glass at the back. Both bodies are IP53-certified for dust and splash resistance and have identical dimensions.

Size-wise, the 11T and 11T Pro are in line with Xiaomi’s other handsets with 6.67-inch panels, including last year’s Mi 10T and Mi 10T Pro. They’re a tad lighter than their predecessors as well, but maintain the solid build and reassuring heft of the Mi 10T flagships.

As for how the 11T series is to actually use and hold, it’s still pretty much a two-handed affair, although the curved rear panels do make the phones feel more comfortable and smaller in the hand than their screen sizes suggest.

Holding the two devices, we’re unable to tell them apart since both review units Xiaomi sent us come in the Meteorite Gray colorway, which has a brushed-aluminum finish underneath the glass. Gone is the Mi logo featured on past Xiaomi smartphones, replaced by the company’s new insignia. The 11T and 11T Pro are also available in Celestial Blue and Moonlight White colors.

Glancing at the top rail, where the IR blaster and other half of the dual-speaker setup is located, is actually our only way of telling the two apart without unlocking them. Along the top edge of the 11T Pro is the Harman Kardon branding, which the 11T lacks, as its stereo speakers were not tuned by the high-end audio brand.

Both the Xiaomi 11T and Xiaomi 11T Pro produce good sound quality and above-average loudness at high volume levels. The top- and bottom-firing speakers are an excellent complement to the phones’ flat AMOLED displays, which we’ll get to in a bit. However, take note that Xiaomi’s latest smartphones don’t carry a headphone jack for wired audio. You do get Bluetooth 5.2, with support for LE Audio, aptX HD, and aptX Adaptive audio technologies.

By default, Dolby Atmos is enabled in the Settings, and it does seem to help the smartphones to deliver clearer and richer sound, especially in the mids. We recommend that you leave it on.

Here’s something interesting on both devices: The secondary speaker doubles as an earpiece, so you may notice sound coming from both the top-mounted speaker and earpiece while on a call.

A large, black rectangle houses the three rear cameras on both devices. As usual, the camaras rise out of the phones’ bodies, but only slightly, and to the point they cause the phones to wobble a lot when placed on a flat surface.

The power and volume keys are located on the right, while the left edge is virtually free of buttons. There’s also a fingerprint reader embedded into the power button for faster unlocking and authentication. You can choose from two fingerprint-recognition methods: Touch and Press. They’re self-explanatory and work as intended.

Apart from the ability to unlock your device, enhance passwords, and lock certain apps, Xiaomi’s fingerprint scanner lets you make FIDO and IFAA payments over their respective systems.

Moving to the display, the Xiaomi 11T and 11T Pro both sport a 6.67-inch AMOLED panel with an extended 1080p resolution and an adaptive refresh rate of up to 120Hz.

The highest option works dynamically, meaning it will switch between 60Hz, 90Hz, and 120Hz depending on the content you are currently viewing. It can go up to 120Hz throughout the Android 11-based MIUI interface and supported apps, but will occasionally drop to 60Hz when displaying videos and most games.

The high 480Hz touch-sampling rate, meanwhile, is something hardcore gamers will appreciate. The screens also support 10-bit color depth as well as Dolby Vision and can reach up to 1,000 nits in Auto Brightness mode.

Both handsets include Widevine L1 certification, so you can stream movies and shows in HD on platforms such as Netflix and Amazon Prime Video. Last, the screen has a noticeably small punch hole at the top for the selfie camera.

Notably, the Xiaomi 11T Pro comes with a number of AI-powered display enhancements, including Super Resolution, AI Image Enhancement, AI HDR Enhancement, and MEMC. These options will draw additional power when turned on, but they don’t necessarily result in a much better image, so it’s really up to you if they’re worth the extra toll on the battery.

Overall, most users will be pleased with whichever 11T iteration they decide on. From a display perspective, both phones offer a flagship experience, with the only compromise being the average FHD+ resolution.

The 11T and 11T Pro share similar camera systems at the back and on the front. Around the back, you get a 108-megapixel main camera accompanied by an 8-megapixel ultra-wide snapper and a 5-megapixel telemacro option for extreme closeups. Auto-focus is available on the latter and works within a range of 3cm and 7cm.

The front-facing shooter employs a 16-megapixel image sensor behind an f/2.4 aperture lens that has a fixed focus, and uses a Quad-Bayer filter for improved low-light performance.

The 108-megapixel primary camera has a Nona-Bayer filter to capture more light by merging nine adjacent pixels into one. The result is a lower-resolution image with higher overall fidelity. By default, both smartphones output 12-megapixel pictures with little to no noise and a good dynamic range across various lighting conditions.

Just a simple 59-second video of an hour outside the house, shot on the Pro model 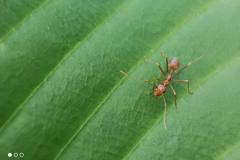 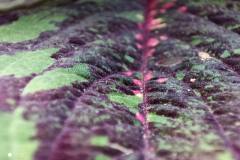 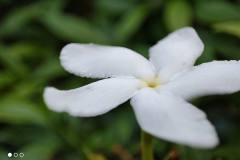 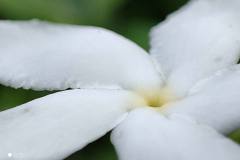 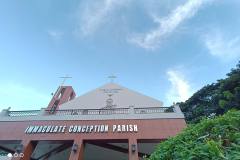 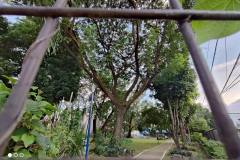 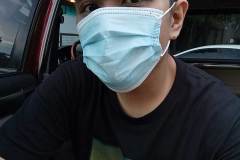 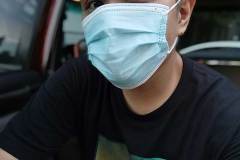 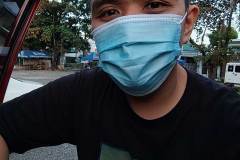 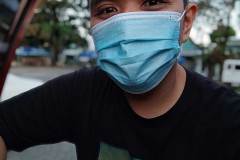 Under the hood, the Xiaomi 11T packs a 6nm MediaTek Dimensity 1200 chipset while the Xiaomi 11T Pro is powered by a faster and more powerful 5nm Qualcomm Snapdragon 888. Both chips are 5G-compliant for future-proof mobile connectivity and about as fast as you’d typically find in their respective price brackets, though the choice of which one to pick will largely depend on your budget and needs.

Both are equally fast and responsive when it comes to carrying out basic smartphone tasks and multitasking, especially since the 11T and 11T Pro offer the same 8GB of base RAM. Take note, though, that the local Pro variant starts with 256GB of storage, as opposed to 128GB on the starting model of the 11T.

But gaming is another story entirely. If you’re into gaming and want the best experience, the 11T Pro makes more sense — not only due to its beefier base storage, but also because of the higher frame rates and graphics settings it unlocks in some games.

We’ve been spending some time with Diablo Immortal recently, and while the game is still in beta, you can play it on the 11T Pro with most of the graphics options unlocked, including High FPS. And although both phones are capable of running Genshin Impact at 60 fps, the frame drops are more frequent on the 11T than on its higher-end sibling.

Our advice: Don’t overthink it, and just get the Xiaomi 11T Pro if you plan to do a lot of mobile gaming.

The Xiaomi 11T and 11T Pro arrive with 5,000mAh batteries split into two cells to avoid overheating while doubling the charging speed. They can handle more than a full day’s work based on our typical usage.

In our tests, we found that the regular 11T delivers better standby performance compared to the 11T Pro, which has a faster but more power-hungry processor. And, in case you’re wondering, the 11T lasted 12 hours and 48 minutes in PCMark’s battery-rundown test, while the 11T Pro managed 11 hours and 41 minutes.

No doubt, one of the most compelling features here is fast charging. While the 67-watt quick charging of the 11T is certainly nice to have — and makes for short charging times — it’s the 11T Pro that has caught our attention.

The latter boasts Xiaomi’s 120-watt HyperCharge standard and ships with the necessary power brick and 6A-rated USB-C cable. Perhaps more impressively, the 11T Pro doesn’t generate excessive heat at the back, with the charger actually being warmer than the phone during charging.

Using the bundled charger, our Xiaomi 11T Pro achieved a full charge from zero in just 22 minutes. It’s not as quick as the company’s advertised charging time of 17 minutes, but it blows just about every phone on the market. Not to mention, the 11T Pro (and 11T) is equipped with a fairly sizable 5,000mAh battery.

Xiaomi has done it again. Like their predecessors, the newly launched 11T and 11T Pro deliver terrific value for significantly less money than most of their competitors go for. No model in the lineup goes above P30,000 ($594), whereas the cheapest variant of the 11T retails for only P21,990 ($436).

However, if gaming or videography is a top priority, then we highly suggest opening up your wallet to pick up the Snapdragon 888-based 11T Pro. Not only is it one of the most powerful Android phones available in any price range, allowing you to play modern games at max or high settings at smooth frame rates, its rear camera lets you record 8K footage at 30 fps or 4K at 60 fps.

The 11T Pro’s 120-watt quick charging, meanwhile, is as good as it gets right now.

If you’re just after a specced-out daily driver that can shoot nice photos and videos and can rival most flagships of today, the 11T won’t disappoint as well.

Although Xiaomi got rid of the Mi branding from all of its products, the top-notch value the company has been known for lives on, as evidenced by the 11T and 11T Pro.